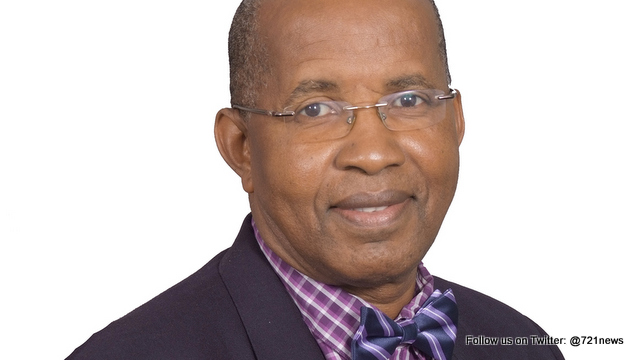 PHILIPSBURG – Amidst news that the Director of the Central Bank of Curaçao and St. Maarten is under investigation and may face criminal charges over irregularities at the Central Bank and allegations of funds from Ennia Insurances being invested, leaving policy holders uncovered, leader of the One St. Maarten People’s Party (OSPP) Lenny Priest urged for cooler heads to prevail.

“It is unfortunate that once again the name of our young Country St. Maarten is being tarnished. It is particularly hard to stomach because it could have been avoided. In June of 2015, when all of these allegations first came out our name was tarnished. We urged our government to put an end to it, and avoid further negativity aimed at our island by hosting a meeting with all parties and fixing the situation before it got out of hand. This first step is so easy that even a first grade student would have realized they must speak to each person together if they are ever to figure out the truth of this situation. Yet our Parliament felt it unworthy in its simplicity and today we are again being mucked through the mud,” the OSPP leader said in a press statement.

He appealed to all parties involved to organize a meeting and find solutions to any discrepancies and instill safeguards to ensure it doesn’t happen again. “Our officials have to put personal loyalties, personal obligations or indeed personal debts aside and do the job they were elected to do. The coalition supporting the government refused to call the meeting and we can only conclude that it was not done due to the fact that it is alleged that the Central Bank under the leadership of Mr. Tromp, assisted in putting the entire package deal together regarding the completion of the government building. It is also alleged that the Ennia bosses have been financing the campaigns of the traditional parties over the years and therefore they are refusing to ruffle their feathers. Thirdly, the bond issue for the construction of the causeway bridge it is also alleged that the Central Bank orchestrated that entire bond issue resulting in the opposition United Peoples Party refusing to request a meeting of parliament to iron out the allegations made by the Dutch Central Bank about the functioning of the Central Bank of Curaçao and St. Maarten. This has gone far enough,” he stated.

“Now that the Director of the Central Bank of Curaçao and St. Maarten is under investigation the OSPP is calling once again for the parliament of St. Maarten to do their job and organize a meeting of all institutions involved regardless to their friendship with them or any financial contribution they may have received now or anytime in the past. The fact that an election is taking place is no excuse not to continue to perform their duties. After all they continue to collect their full salaries at the end of every month. The people want to know that an institution as important as the Central Bank of Curaçao and St. Maarten should not be embroiled in any type of allegations of corruption,” Priest continued.

“I am demanding that the entire parliament, those supporting the government and the opposition to organize this very important meeting to find solutions to any discrepancies in the report of the Dutch Central Bank regarding this entire Ennia affair. Secondly, it is important for St. Maarten to meet the new management of the Central Bank of Curaçao and St. Maarten and not wait for another year. The Central Bank of Curaçao and St. Maarten is too important for the further development of the economy of St. Maarten to allow all these allegations to continue without our elected officials having a say in this matter,” he said.

“Over the last six years the image of St. Maarten has been dragged through the mud with our elected officials embarrassing us time after time. We have had more integrity reports done in six years than many nations that exist for years. We are young, we are still learning, but we cannot afford to repeat the same mistakes over and over. It is time for us to grow up and focus on securing the future of the next generations to come. We owe them that much,” Priest concluded.