ANGUILLA — The Royal Anguilla Police Force on Tuesday 22nd December, 2015 at about 9:10pm responded to a report of shots being fired at Harris Apartments in North Side.

Preliminary investigations at the scene revealed that a 24 year old male from Statia Valley received injury to his upper body while he was in one of the apartments on the upper floor of the complex by an unknown assailant.

Forensic evidence at the scene suggests that a firearm was used to cause the injury to the victim who remains hospitalized in a serious but stable condition at the Princess Alexandra Hospital.

As the Police continues investigation into this matter they are appealing to members of the public who may have been in North Side in the area of the Harris Apartments and may have witnessed this shooting incident or have any information regarding this shooting to contact the Valley Police Station with such information.

The telephone number is 497-2333 and asks for the Criminal Investigation Department or to speak to any Police Officer of their choice. 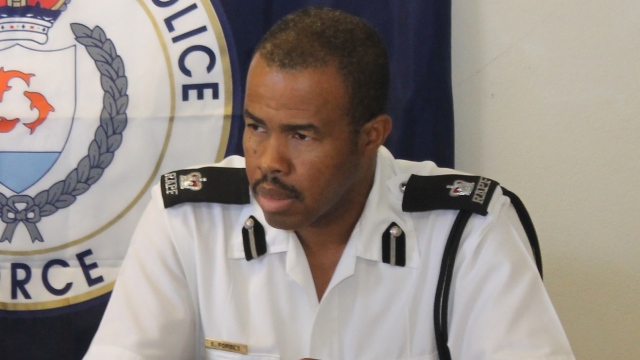 In an effort to provide a more prompt, timely and appropriate response to the incidents of armed robberies that have been affecting the island in recent times the Royal Anguilla Police Force has launched an Armed Response Vehicle, ARV.

The ARV will be deployed by the police on a 24hrs bases for the entire holiday period to ensure that there is always a unit ready to respond to any report requiring that kind of response.

“The RAPF has to implement measures to reassure the Anguillan public of their safety,” said Acting Commissioner of Police, Mr. Elliott Forbes.

“The ARV will be deployed continuously during the festive season throughout the island for high visibility with the aim of enhancing safety of persons moving around on the island,” the Acting Commissioner said.

The RAPF takes this opportunity to encourage persons to be very vigilant as they move around doing their Christmas shopping and holiday preparations.  Please ensure that you secure your homes and properties proper as well as your valuables at all times.

The basic precaution that you can use to preventing any crime is reducing the opportunity for it occurring in the first place.

If you observe something out of the ordinary occurring always alert your neighbor, a family member or the police if necessary.