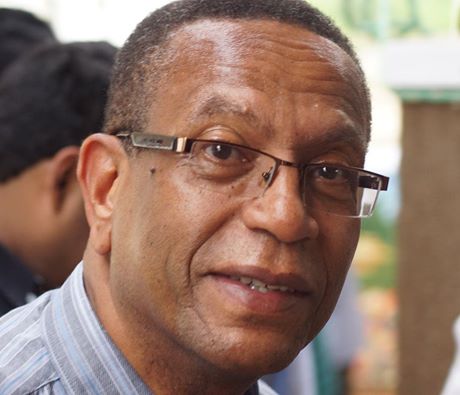 The entire top brass of Parliament has flown off to Curaçao, for the entire week of January 9, to attend the Tripartite meetings and the Interparliamentary Kingdom Consultations (IPKO).
While the President of Parliament, MP Sarah Wescot-Williams, and First and Second Vice Presidents, MP drs. Rudolphe Samuel and MP Frans Richardson, respectively, are off island, the Parliament of St. Maarten is left without a leader.
In any normal functioning organization, when the president is absent, the vice or deputy president automatically assumes full responsibility of the organization. If, for example, a letter or a request needs to be signed urgently this week, this will have to wait, until the leadership returns to the island. Suppose parliament needs to be represented officially at a last-minute event? Not one member of the leadership would be present to officially represent parliament? For the entire Presidium (President and Vice Presidents) to be off island at the same time is very irresponsible and should never happen again.
The consequence of the absence of Parliament’s leadership became very evident at the National Day of Prayer (NDP) that was held on Sunday, January 8 in front of the new Administration Building. The NDP is an annual event that has been decreed by Government and has been held for the last twelve years.
His Excellency Governor Holiday and his wife were present as well as Acting Governor Reynold Groeneveldt. Prime Minister Marlin and wife, as well as Minister Gibson were also present. Parliament on the other hand was conspicuously absent. During the welcome and acknowledgement of guests there were no apologies from Parliament.
When the Honorable Prime Minister was called to make some remarks, he prefaced his address by apologizing for and explaining why the other ministers were unable to attend the NDP. However, no mention was made concerning the absence of Parliament. Had one of the Vice Presidents been present, the absence of Parliament would not have been so conspicuous. Could the absence of the entire Presidium be an indication of how serious Parliament takes the people’s business?
In addition, to the absence of the leadership of Parliament, the nonattendance of individual parliamentarians, with the exception of the Honorable MP, Chanel Brownbill, was also very noticeable. It is a known fact that, during the campaign, leading up to elections, political parties and aspiring MP’s target the Christian community and even attend church services, in order to gain the attention of the various congregations.
Why is it then, that after the elections many of our elected MPs don’t seem to respect the voters’ faiths anymore? Their nonattendance at the five annual ecumenical services, decreed by government, speaks volumes. My simple conclusion is that it was probably all about getting the person’s vote and not about genuinely connecting with the voter.
In my quest to review the last parliamentary debates pertaining to the national budget for 2017, I went to parliament’s website to the section Documents. I opened the document that read “Final Report National Ordinance Budget 2017.” This document should actually constitute the final minutes of the five-day parliamentary debates on the budget that were held last December. But to my great surprise, this report only contains the questions and comments posed by members of parliament during the debate. The answers and commentaries made by government concerning the 2017 Budget are not included in the final minutes.
I call on the President of Parliament to still make Government’s responses and reactions available to the people of St. Maarten.
With regard to the various parliamentary committees, I must point out that the law makers considered these committees pivotal to the functioning of parliament. Hence, according to Parliament’s Rules of Order, article 18, these committees are to be established in the very first meeting of a new parliament, unless Parliament decides otherwise.
After the swearing in of Parliament on October 31, 2016, it took several weeks before these committees were formed. Then, before the committees could have met to appoint chairpersons and begin to function, four parliamentarians resigned to take up ministerial posts. It has now been two and a half months since the new parliament took office and regrettably the realization of committees has not even yet been formalized. What message is parliament sending to the voters, to the hundreds of civil servants and to the man on the street?
Lamentably, the message that the people are getting is that their business is not being taken seriously and that parliament is dragging its feet with regard to its duties and responsibilities. Parliament seemingly does not realize that it is setting the tone and the stage, in this country as far as work ethics is concerned.
The display of such a lackadaisical attitude by our highest legislative body is not a good example at all, for government departments, civil servants and the general public. Let me end with a statement made by King David in the Bible: “the king’s business requires haste.”
May I say to our parliamentarians that the people’s business requires haste! Hence, the formation of all the parliamentary committees should be finalized post haste.
Wycliffe Smith
Leader of the St. Maarten Christian Party