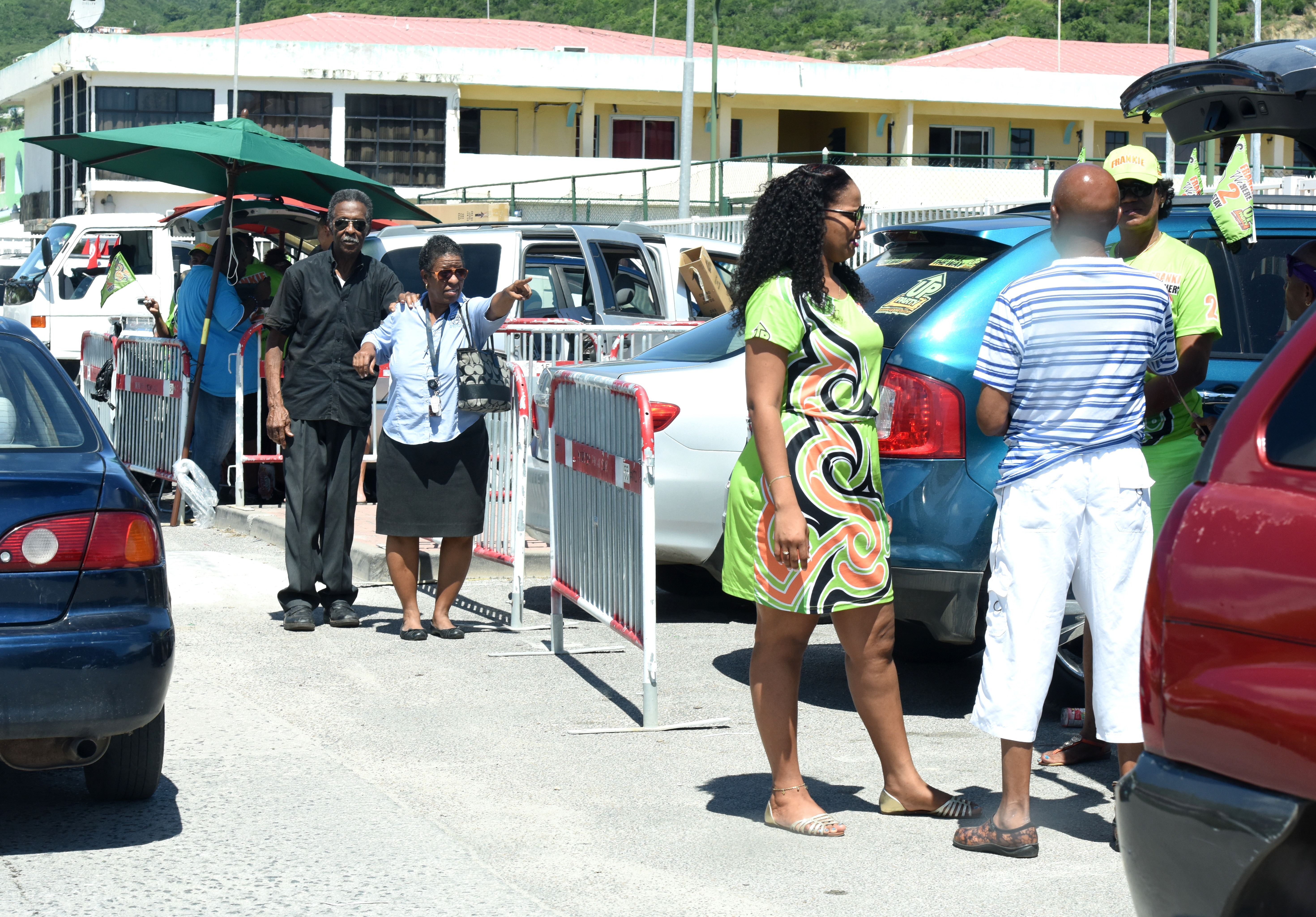 PHILIPSBURG, Sint Maarten — Some parties and candidates have an issue with the supposed change of rule that allowed political parties and candidates to visit the polling station to campaign on Election Day. Prime Minister William Marlin raised alarm about some political parties not adhering to the rules of polling day, which prohibit candidates or supporters to approach a polling station within 200m to campaign. Speaking just after casting his ballot at the Milton Peters College (MPC), the prime minister suggested that the UP Party had persons at all the polling stations, even at the door.

“Congregating at the poll is actually not allowed even though my understanding is that particularly the UP Party has had several of their supporters in Middle Region even in front of the door of the polling station. This is not allowed…it is unfortunate that certain parties are not adhering to the rules of the game,” Marlin told members of the media Monday.

He said in South Reward, polling day was orderly but he understands that is not the case at other polling stations. “Personally I would rather not just strip the posters or the flags from the public roads on election day but also people coming to vote without any political propaganda,” Marlin said. He said the premise of this rule is that election should be fair and free. “People should be able to vote without having to show who they are voting for or not having to endure the pressure of a political party,” Marlin said.

Another National Alliance candidate Jimmy Challenger echoed his leader’s view. He said voters were heckled by supporters especially of the United People’s Party (UP) to vote for their candidates while the voters were in line to vote. “We adhered to the rule being 200m away…one candidate was assigned to each (polling) station and we were heavily outnumbered especially by the green party,” Challenger said.

Another candidate who had problems with the 200m rule change was St. Maarten Christian Party #2 candidate Keith Gittens. “That was the only hiccup for the day. You have people (campaigning) walking up to the polling station and the idea was not to allow that to happen,” Gittens said.

There have been several reports throughout the day of campaign at polling stations in close proximity, which is against the 200m rule stipulated by the electoral regulations. However, reports are that the minister of justice asserted that the police officers at the various polling stations can exercise their discretion as it relates to how close to the polling station persons are allowed to campaign.