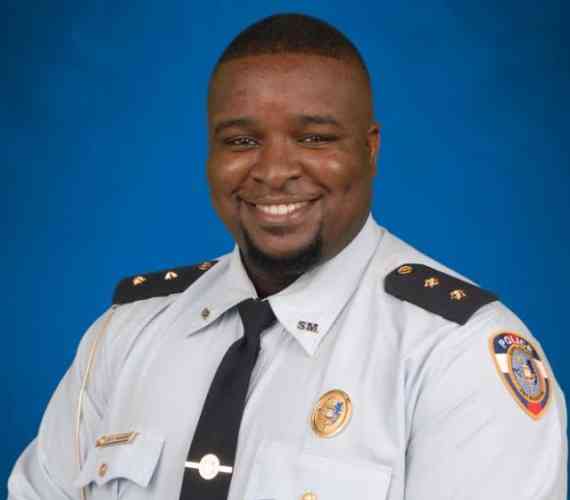 PHILIPSBURG, Sint Maarten — On Tuesday December 26th 2017 while conducting a routine traffic control, police officers noticed a motorcycle approaching their control checkpoint and decided to stop the rider in order to control his vehicle’s documentation. After signaling the rider to stop, he refused to do so and instead increased the speed of his motorcycle in an attempt to bypass the officers.

Because of this one of the officers was unable get out of the way in time, which resulted in him being struck down by the rider. At this point the rider also lost his balance while riding, causing him to lose control and fall. After this happened the rider attempted to flee the scene on foot. A second officer quickly gave chase and managed to tackle the suspect.

The suspect resisted heavily, but was quickly overpowered by a second patrol that arrived on the scene shortly after. The injured officer was transported to the Sint Maarten Medical Center for injuries to his face, which required several stitches but was released shortly after. The investigation is ongoing.

On Wednesday December 27th 2017 the central police dispatch received a call that a man had fallen from the 3rd floor of the City Furniture building located on the L.B Scott road. At location the patrol found the victim on the ground, bleeding profusely.

Upon arrival of the ambulance it was later discovered that the victim suffered a large gash wound to the lower part of his right arm. Although in tremendous pain, the victim seemed very responsive to the attending medical technicians.

With assistance of officers on sight, the victim was lifted to the ambulance and transported to the SMMC for further treatment.

On Wednesday December 27th at around 10.30 pm, a police patrol was directed to the area of over the bank for a dispute between a father and his son. Upon arrival the father explained officers that he and his son had gotten into a heated argument and at one point his son pulled a firearm on him.

When the son was asked about the firearm he denied any and all allegations made by his father. Relying on their instinct and training, officers made a search of the area where the argument took place. A dark gray pistol was found next to a rock in the bushes nearby.

The suspect was immediately arrested and taken to the police station for further questioning. The firearm was confiscated by forensic detectives for further investigation.