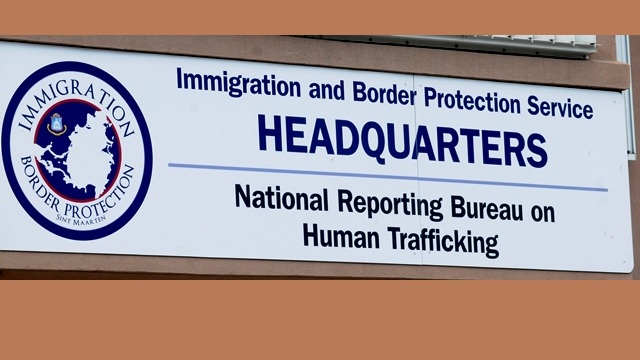 PHILIPSBURG, Sint Maarten — A. del Carmen has told 721news that on October 1, her friend Diaz- Fortich came to St. Maarten on vacation.

Del Carmen said she went to the Princess Juliana International Airport (PJIA) to pick her friend who came in from Venezuela. However, she was stopped by Airport Immigration, when authorities at the airport questioned her seeing the fact that she had written a letter to invite her friend here on vacation.

Venezuelans do not need a visa to come into St. Maarten, and her friend was on point with the rules of having sufficient money to enter the island, and having a valid address of where she was going to stay, but because del Carmen did not have her ID with her, Immigration proceeded to hold the friend and denied her entry to the island.

Immigration proceeded according to the rules and sent her to the Police Station to be put in detention. Del Carmen went to the Police Station, and showed the Police, including the Acting Prosecutor at the time, the letter proving that her friend had valid reasons to enter the island without any problem. Seeing that the lady had sufficient money and a valid address, and at that point Del Carmen had her ID, police proceeded to release the young lady so she could start her vacation in St. Maarten.

Imagine the friend’s surprise on October 5, in the early morning hours around 2:30am, a police patrol showed up at the address where she was staying and demanded that she go with them. The patrol would not state the reason she was re-arrested, and up to late last night the Venezuelan lady had not been given the opportunity to see a lawyer. That in itself will be difficult since the lawyers are on strike because they have not been paid by Government.

According to Del Carmen, who later that morning questioned why her friend had been re-arrested, she could not get a satisfactory answer from the Acting Prosecutor, who is a high ranking Police Officer.

She told 721news that the police patrol, who came to her house to pick up the young lady, had to have been following orders from a high ranking police officer, otherwise they would not know where to go and who to look for. Del Carmen observed that the only people with authority to visit a resident’s house if someone is a tourist is Immigration authorities. She questioned why it was a police patrol, and not Immigration authorities who invaded the house.

She attempted to contact a lawyer and was told that the lawyers doing criminal cases were on strike at that time, and civilians who were arrested illegally, now had their rights put in jeopardy. Her friend did not violate any laws of St. Maarten otherwise she would not have been released the first time. Four days later, police came to the same address where her letter stated she was staying and re-arrested without given any proper explanation to the “suspect” and to the “host,” who is fully responsible for her stay on the island.

“This is a clear sign that Immigration or Police are targeting Venezuelans, or someone is abusing their power as an official authority on the island. This is not a good sign for the tourist economy for St. Maarten. The government of St. Maarten needs to look into this, especially the lawyers’ issue because they not been paid, and this is making it difficult for my friend to receive proper representation,” Del Carmen stated.

She called Prosecutor’s Office directly to get information on what laws her friend allegedly broke that caused her to be re-arrested after 4 days on the island.

721news contacted Acting Director of the Immigration Richard Panneflek and asked if he knew about this case, and what possible reasons Immigration gave to have this lady arrested again. He told us that he is not aware of the case, is because that part of border protection duty falls under the Police Department.