Home 721news Prime Minister Marlin calls on Nation to Be Prepared for 2016 Atlantic... 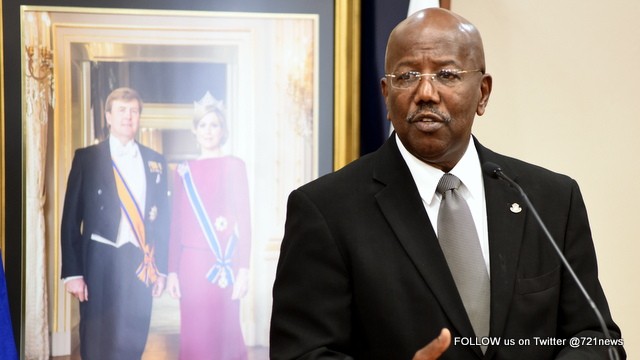 GREAT BAY, Sint Maarten (DCOMM) – Prime Minister and Minister of General Affairs William Marlin, is calling on the Sint Maarten community to be prepared for the Atlantic hurricane season which commenced on June 1st.

The U.S. National Oceanic Atmospheric Administration (NOAA) Climate Prediction Center says that there is a 70 per cent likelihood of 10 to 16 named storms making it most likely a near-normal hurricane season.

Four to eight could become hurricanes, including one to four major hurricanes of Category 3, 4 or 5 with wind speeds of 111 miles per hour or higher.

“I am taking this opportunity to remind the Sint Maarten public to make the necessary preparations for the season.    Advance planning by making sure hurricane shutters and windows close properly; checking your roof etc., means that you have less to do when the hurricane is knocking at our door.  We do hope that this will not be the case, therefore we need to be prepared.

“Trim trees around your property, and get rid of un-necessary loose items in and around your yard that could become a hazard to your own home and that of your neighbors.

“Use your time wisely to get prepared.  The season already has seen the formation of a third storm system named Colin.  A busy season has been forecasted, and that means everybody has to do their part in ensuring that they are prepared,” Prime Minister William Marlin said on Wednesday.

The Fire Department and Office of Disaster Management falls under the Minister of General Affairs.