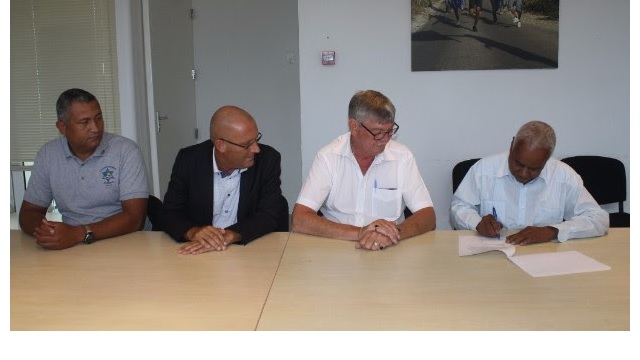 BES ISLANDS – The unions have reached an agreement with the Director of RCN Jan Helmond, regarding the labour conditions of 2016 -2017.

This result follows intensive negotiations, and its duration will be from January 1, 2016 until December 31, 2017. The Collective Labour Agreement (CLA) is applicable to all workers employed by RCN on the date of the signing of the agreement.

Some of the main features of the agreement are: One-time payment of US $500, gross as redemption for 2015; 3% wage increase from January 1, 2016; Increase of the vacation allowance to 8.33% from June 1, 2016; Increase of the gross year-end bonus to US $1,250 per December 2016; Harmonization jubilee bonus, whereby all official service, accumulated anywhere in the Kingdom, will be included in the foundation; Indexation consignment extra allowances and irregular working hours, IBT year bonus, hourly surcharge in accordance with the labour conditions wage development, now and in the future; for the terms and conditions of employment 2016-2017 this is 3% effective January 1, 2016; The “vereveningsbijdrage” remains at the level set out in the terms of employment agreement 2013-2014.

Together with the trade unions RCN will further request the A&O Fund Rijk to investigate the necessity, needs and opportunities for age-related personnel policy and flexibility.

The full text of the labour conditions agreement 2016-2017” can be accessed at www.rijksdienstcn.com. The Dutch version will be published first. The Papiamentu and English versions will follow as soon as possible.