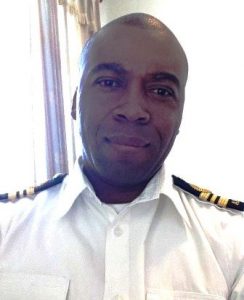 ANTIGUA — The Antigua Coast Guard has suspended the search for four Urlings fishermen who went missing while returning to Antigua from St. Maarten.

Acting head of the Coast Guard, Lieutenant Commander, Elroy Skerritt says having looked for the men since Wednesday night without success, the Coast Guard is reassessing its plan of action.

“We are trying to gather additional information from various sources to see if there are any information that we can work from. If that’s the case, the coast guard will be re-deployed accordingly”.

Skerritt says the sea conditions over the past few days made the going rough for the coast guard.

“The crew experienced sea conditions where the waves were breaking over the side of the vessel. Swells were at least 8 feet and beyond. We also had wind conditions gusting to 30 knots. The conditions were very unfavorable but despite the situation the coast guard along with other private entities made a very good effort to search for this vessel. Unfortunately up to this point, there are still no signs of this vessel”.

Skerritt says that unfortunately the captain of the distressed vehicle did not reach out to the Coast guard immediately.

Director of the Antigua and Barbuda Search and Rescue Jonathan Cornelius says except for a possible aircraft search there is no way to find the men by boat because the area to be covered is to large. He estimates a 200 square mile radius based on where the men were last known to be.

On Wednesday as the men were returning to Antigua from a shopping trip to St. Maarten, their 45 foot vessel named Kenya Diva encountered engine trouble.

They were about 20 miles off Antigua.

The Coast Guard, an RSS plane and other fishermen went in search of the vessel Wednesday evening and Thursday morning, but the searches have turned up empty.

ABSAR’s (Antigua Barbuda Search and Rescue) Jonathan Cornelius says the volunteer group is no longer involved in the search.

He adds that given the tides, the men would drift towards Saba or the north of St. Kitts.

Cornelius says he has sent information to the St. Kitts and Nevis Coast Guard asking them to be on the lookout for the vessel.

Efforts to reach the Antigua and Barbuda Coast Guard for an update were unsuccessful.