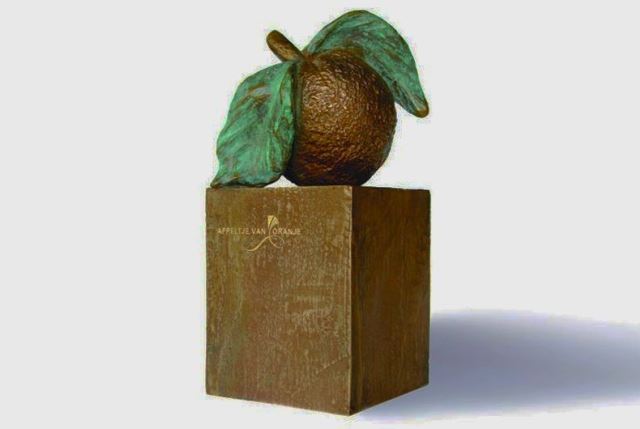 SINT MAARTEN, SABA – For the first time ever St. Maarten and Saba made it through to the finals of the Appeltjes van Oranje (Apples of Orange) prize, hosted by Oranje Fonds in the Netherlands.

After making an initial selection of the 34 Dutch Caribbean initiatives entered for the Appeltjes prize with the theme “Empowering Vulnerable Youth,” 11 were pre-selected to go to Curaçao for the semi-finals.

Of these top 11, the top 2 were selected to move on to the finals in the Netherlands in May 2017. This selection also included a check worth €2,500 for both the initiatives. The lucky winners were K1 Britannia from St. Maarten and Child Focus from Saba.

Fleur Hermanides, the local project coordinator for Samenwerkende Fondsen, was very proud and humbled to see initiatives from the SSS islands making their way to the top, getting recognized for all the great things they do for the community, and in this case specifically, the vulnerable youth.

“There are many great initiatives on the islands, and this is a great opportunity for everyone to showcase what wonderful results they have achieved thus far. Without such wonderful organizations and initiatives, we would not have come as far as we have. There is still a lot to be achieved, but little by little, with such well-intentioned persons in the community, we can come a long way,” Hermanides said.

In the Netherlands they are still narrowing down from their top 40 to their top 8 with a potential wild card. This will be made known in January 2017. These will then join the top 2 from the Dutch Caribbean to vie for the Appeltjes van Oranje prize, which includes a €15,000 cash prize and a bronze Appeltjes statue designed by Princess Beatrix. The prizes will be presented by the King and Queen themselves.

The Oranje Fonds, which is one of the 5 funding agencies forming the Samenwerkende Fondsen/Cooperating Foundations, has a history of supporting social initiatives in the Netherlands and the Caribbean part of the Kingdom. The past year alone €31 million was invested in supporting initiatives that allow for people to meet each other, feel less of a sense of loneliness, understand each other and make an effort for one another.

The Oranje Fonds is sponsored by, amongst others, the Nationale Postcode Loterij, De Lotto, as well as by friends and businesses. King Willem-Alexander and Queen Máxima have been the official patrons of the Oranje Fonds since its inception.

Director of the Oranje Fonds Ronald van der Giessen explained: “Every child deserves the same opportunities in life. However, due to factors such as a hard family situation or a language deficiency, children sometimes have a difficult start. The initiatives that help them to prosper in life are invaluable. The Appetjes van Oranje have been initiated to recognize the initiatives that are successful in their approach, help these children with their development and make a difference in their lives.”

Anyone interested in learning more about these initiatives or the opportunities Samenwerkende Fondsen Cariben has to offer, can contact sintmaarten@samenwerkendefondsen.org or call +1721586-0808.