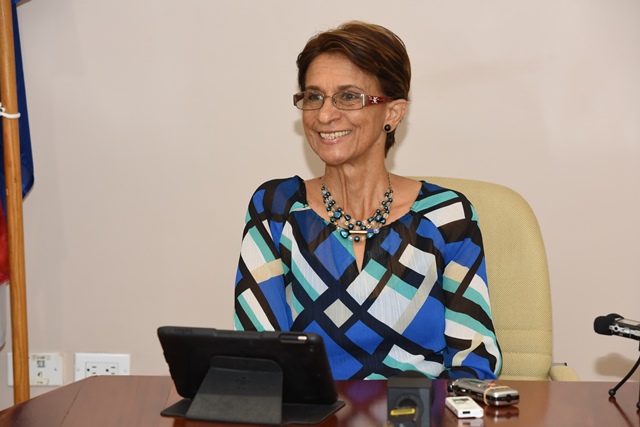 “If we can’t do that, Heaven helps us all”

It appears that no electoral reform will make it to a Parliament before the September 26 parliamentary election. Of course, this parliament will have the opportunity to legislate until October 31, the day of its dissolution.

Electoral reform was an essential mandate of the Marlin cabinet by virtue of the Governor’s instruction and the government’s own election decree. Much has been said about ship jumping, however, there are always 2 sides, the demand and the supply.

In every case of “jumping ship” we have seen in our short country status, the result has always been a new government formation with mostly new ministers. Those MPs offering their seat in support (the supply) of a new government have had to encounter demand for the seat(s), otherwise there would be no deal.

I have therefore concluded that if there is no demand by parties for jumpers’ seats, MPs would think twice before switching allegiances, because there would be no incentive for them to do so.

In addition, a change can be made to the rules of order of parliament, not to give MPs who declare themselves independent from the party by which they were elected to Parliament, the same rights and privileges of a party faction in parliament.

Below is my proposal for a code of conduct for party leaders until legislation can be effected to curb ship jumping. This proposal is a voluntary agreement with the same objective as the draft legislation of Prime Minister Marlin. What is the medium of enforcement? If political parties and their leaders commit to this code and turn their backs on the people and still do otherwise, then Heaven helps us all. And if Parties are not willing to sign, we should ask ourselves why.

The role of political parties in the electoral process on St. Maarten as the sole legitimate vehicle to field a list of candidates;

That votes are assigned to parties in accordance with the national election ordinance and seats are assigned based firstly on the votes garnered by the parties and then to the candidates according to the order of votes on the list;

That during the past 6 years, after the allocation of seats according to the parties’ performances at the polls,  several members of parliament broke with their party, leading to 3 different  government formations outside of the periodic elections in 2010 and 2014;

That the electorate has the right to expect that candidates on the list of political parties subscribe to the vision and program of the respective parties;

That the population of St. Maarten has shown great frustration with the direction of politics and the lack of political stability;

That it is generally felt that the country is at a near standstill, because of the frequent changes of government;

That the public’s confidence in the electoral system and the proportionality of political party representation in the parliament is at an all-time low;

That experience has shown that the desire to be part of the formation of a (new) government has been the leading stimulus for members of parliament to break with their parties;

That parties collectively can put a halt to this practice by not rewarding defection with a role in government’s formation;

That parties will endeavor to put their party structure to good use to enable participation on all levels within the party’s structure;

that voting without mandate or instruction (“stemmen zonder last”) according to the Constitution  is exactly that, and that only in extreme cases should such take precedence over party policies and objectives;

That this undertaking is only meant to bridge the period until the legislature can debate and adjust our electoral system to better serve the people.

That the raison d’etre of the current government was explicit to effectuate electoral reform;

That this reform will not materialize in time to be effective for the September 2016 election;

That any further postponement of the scheduled election will further erode the confidence of the electorate in the electoral process;

Hereby do declare and affirm:

To respect each other as lawful organizations, entitled to participate in election for political office and to this effect freely choose its candidates to present:

That a break with one’s political party for the sole reason of forming a new government coalition is harmful to the overall development of the country, due to the uncertainty such a move always brings with it;

To seek common ground for a unified face in addressing St. Maarten needs;

To conduct a campaign that is open, fair and respectful.