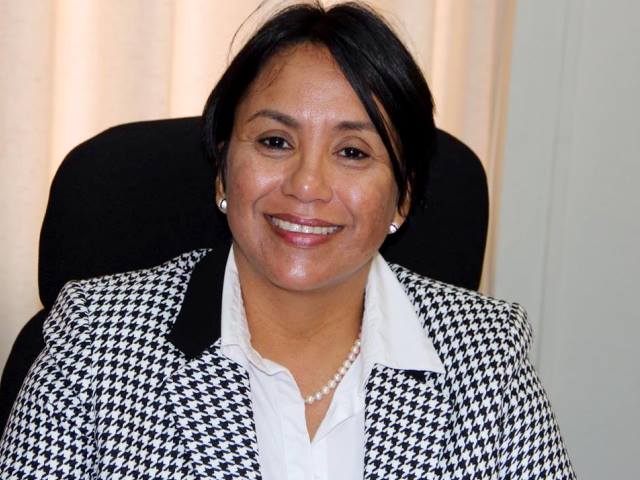 The lecture is held every year in honor of the United Nations (UN) designated International Human Rights Day, which is commemorated around the world on December 10. The theme for this year’s world-wide commemoration is: “Stand Up For Someone’s Rights Today!” This day also happens to be the anniversary of the legal formation of SAFE in 2013.

This year, in honor of a key advancement, which was made within the parliament of Aruba, the lecture will be given by Senator Desiree de Sousa Croes of the Aruban People’s Party (AVP).

De Sousa Croes was instrumental in ensuring that Lesbian, Gay, Bi-sexual and Transgendered (LGBT) persons are able to have their unions recognized by government via civil partnerships executed on Aruba. De Sousa Croes submitted her bill to the Parliament of Aruba in August 2016 and in October, the MPs voted, with 11 in favor, 5 against and 4 abstaining, to amend marriage guidelines to allow for unions between same-sex persons. The amendment also permits access to spousal pensions and the ability of the partners to make emergency medical decisions for each other.

“Currently marriage for same-sex couples can only take place in The Netherlands, on Saba, Bonaire and St. Eustatius. These marriages can be registered in the civil registries of St. Maarten, Curaçao and Aruba, but official, government-sanctioned marriages for same-sex couples cannot take place on any of the three islands. For St. Maarten this creates an interesting scenario, because same-sex couples are allowed to be married on the French side and those marriages can also be registered at the civil registry,” SAFE president Lysanne Charles-Arrindell said.

“While our annual human rights day lecture does not have to be specifically about human rights (or even equal rights) for LGBT persons, this year we wanted to bring the conversation closer to home, because of the progress that we are seeing in the other countries of the Dutch Caribbean. Of course SAFE recognizes that there is more work that we have to do as an organization to ensure that progress also occur on St. Maarten/St. Martin, but we are also calling on those in government, in our parliament in particular, to take Aruba as an example and start the conversation about marriage equality,” Charles-Arrindell said.

Charles-Arrindell said that De Sousa Croes was very excited about coming to the island to speak about her experiences championing, not only civil partnerships, but also the reduction of stigma and discrimination against LGBT persons on Aruba. De Sousa Croes, who was also part of the documentary “One Kingdom, One Love,” in which she recalled being harassed even on the floor of the Aruban parliament, because of her sexual orientation, turned down offers to speak in other parts of the world in order to be on St. Maarten.
“I think that it is important that I am in St. Maarten attending this worthy event for all our brothers and sisters in the Dutch Caribbean islands. I think we should make our utmost effort to become a Kingdom where there is no place for any kind of discrimination whatsoever,” De Sousa Croes said.

The lecture, and a brief question and answer period, will take place at USM in room 204 and guests are invited to stay afterwards for drinks and snacks in celebration of SAFE’s 3rd anniversary.

Also in attendance will be Kyle Patrick who represented St. Maarten at the Mr. Gay World Pageant in 2016. Patrick will give a short summary of his experiences with the pageant prior to the lecture.

“SAFE is encouraging persons who are interested in human rights and equal rights for all persons and vulnerable groups to come out and be a part of this evening. We are especially encouraging our Members of Parliament and our Ministers to come out and support their colleague from Aruba and learn from her experiences, so that they, in keeping with the theme for this year’s global commemoration, can stand up for the rights of all of their citizens starting today,” Charles-Arrindell said.