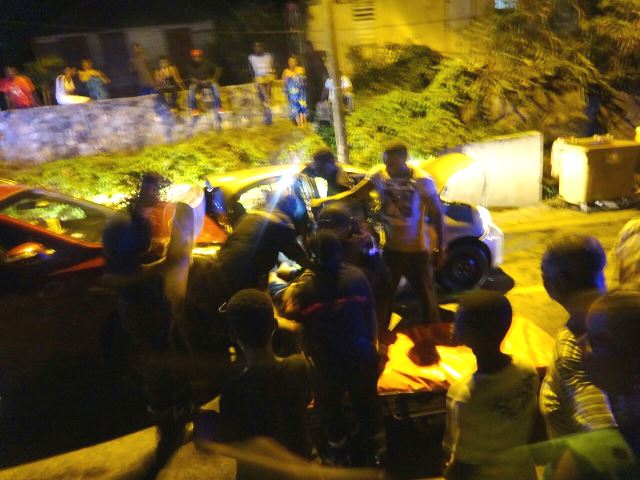 MONT VALOIS, Saint Martin — On Saturday, October 29, right after 7:00pm a red Hyundai Tucson with French number plates 0422-AAC collided into the rear of two other vehicles causing major damage to them.

According to Gendarmerie Commandant Sébastien Manzoni, “The Gendarme was off-duty in his private car the moment the accident took place.”

The Tucson hit a white Suzuki with Dutch plates M-9376, and then crashed into a gray Nissan with French plates 3904-AAB.

This accident happened at Mont Valois. According to reports coming to our newsroom, the French ambulance transported the victim, who was sitting in the gray Nissan 3904-AAB to the French hospital for further treatment. 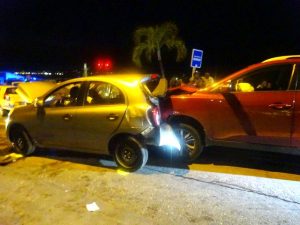 Commandant Manzoni confirmed to 721news that one passenger of another car had sustained a broken leg.

Reports are that when the accident took place, the driver – a Caucasian French man – was heavily intoxicated. Commandant Manzoni also confirmed to 721news that, “due to the behavior of the driver, we were convinced that the presence of alcohol was in his system.” 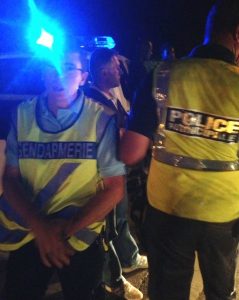 When 721news asked Commandant Monzoni what will happen to the driver, he explained that he was personally at the scene of the accident, and explained to witnesses there what the procedure will be. However, to make sure that clear information is given to the public, he stated that as soon as the driver has a medical checkup, a regular investigation will start under the authority and supervision of the French prosecutor.

Commandant Monzoni wanted to assure the general public that everything will be transparent and nothing will be hidden during this investigation. He also said that this is a normal traffic accident investigation, and the only thing that makes this case slightly unique is that a law enforcement officer was involved. 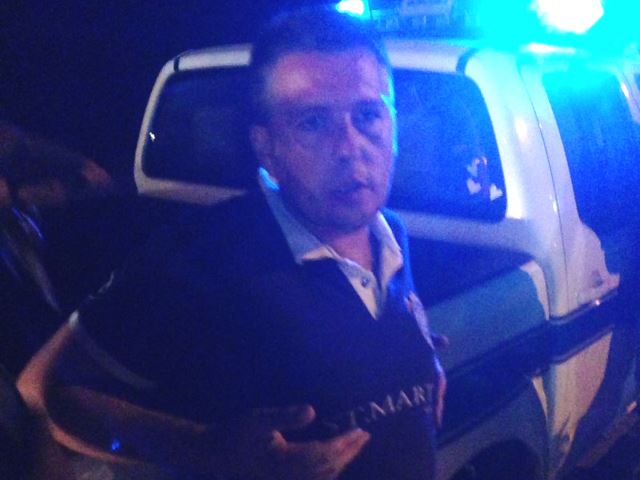 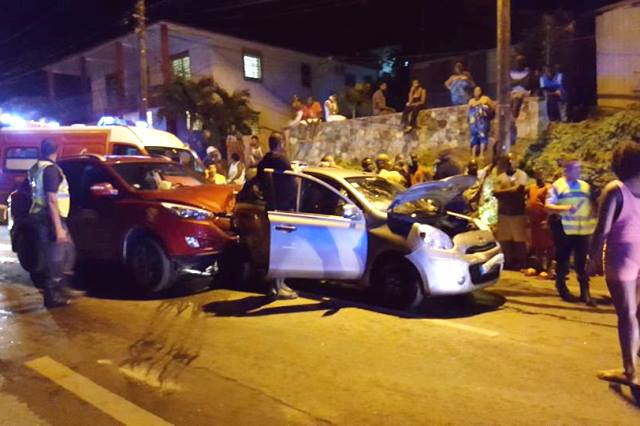 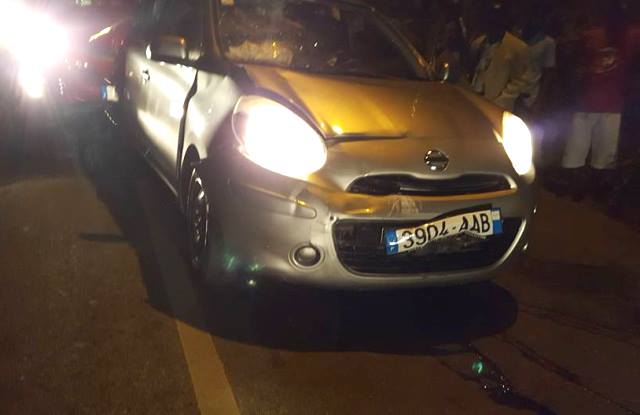 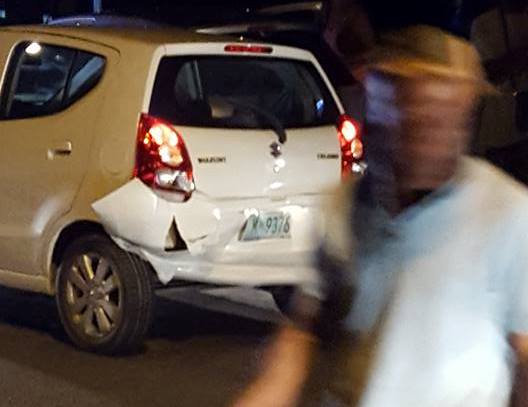 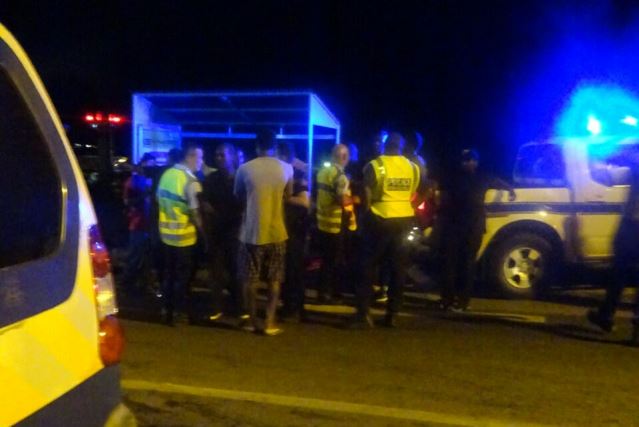