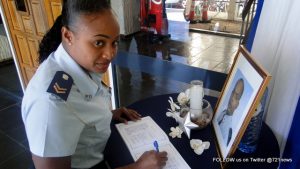 In connection with the passing of police officer Anselmo “Selmo” Boasman, the management of the police force has provided an area at the entrance of the Police Head Quarters in Philipsburg where a ”Condolence Book” has been placed for the public who wishes to sign the book can do so.

The funeral of Officer Anselmo Boasman is scheduled for Saturday March 12th 2016 at 12.30 p.m.  at the Catholic Church on Front Street.

The signing of the “Condolence book” at police station will be possible until 11.00 a.m. on Saturday morning. 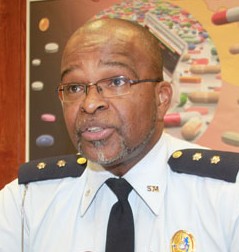 An elderly man (76) who is a frequent visitor to the island, along with his wife, on Thursday March 10th 2016, filed an official report with the police department stating that on that same day at approximately 11.00 a.m. he had parked his rental car, which is a brown Honda CRV with license plate R-1649, in the vicinity of the office of the Kadaster on Cannegieter Street.

The vehicle was completely locked when he left it. When he returned approximately 45 minutes later the car was no longer where he parked it and was no where to be found.

The vehicle was stolen with a red electric “Gogo Scoot” mobile in the trunk. This electric scoot mobile is the only mode of transportation for the victims’ wife when venturing from home.

At present it is very difficult for the victim’s wife to get around.

The victim is desperately asking to have his rental car and electric “Gogo scoot” mobile returned so that he and his wife will be able to enjoy the rest of their vacation.

On Wednesday March 9th 2016 a team from the Interpol Cybercrime Capacity Building Program in Latin America and the Caribbean represented by Mr. Adrian Acosta ( Buenos Aires) and Mr. Steve Honnis ( Singapore) met with the Interpol representative on Sint Maarten and representatives from the Public Prosecutors Office and Police Department.

The program in question seeks to enhance the capacity of targeted beneficiary countries in order to prevent, detect and respond to cyber threats using the latest techniques and field technology. 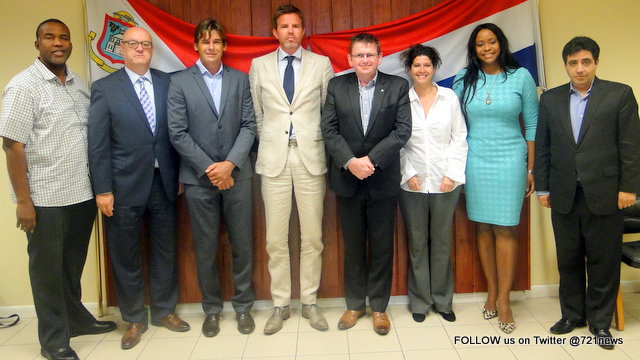 In the framework of the Needs Assessment Phase, the INTERPOL project team is conducting a series of regional assessment visits to the beneficiary countries, including Sint Maarten.

The aim of this visit is to undertake a Rapid Cyber Assessment, which will survey existing infrastructure available to our law enforcement agencies to counter cybercrime and meet with key stakeholders.

The overall aim of this exercise is to tailor activities in the framework of this programme, including training and operations, to most appropriately meet regional needs.