Home 721news SMCP IS NOT ASSOCIATED WITH ANY POLITICAL PARTY 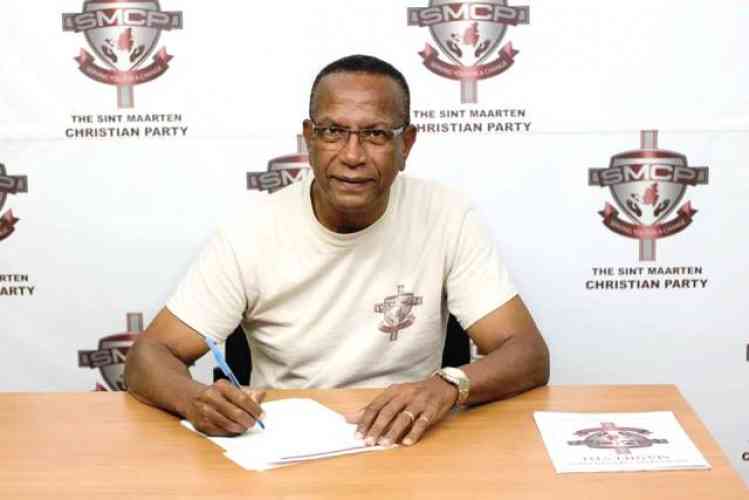 It is being rumored that the Sint Maarten Christian Party (SMCP) is an off-shoot of the DP, a satellite of the NA and that it is financed by the UPP. After the merger of UPP and DP into the UD, we are hearing that SMCP will work together with the UD after the election. As SMCP will not count its chickens before they are hatched, it is time to put these rumors to rest and to let the people know how SMCP started and who really is behind this Party.

SMCP was founded in November of 2015 in response to the many cries from the people of Sint Maarten concerning the ship jumping games being played in Parliament as well as the serious lack of accountability, integrity, transparency, honesty etc. in Government. The lack of these principles and values was substantiated by three integrity reports (two international) as well as the 2014 Report issued by the General Audit Chamber of Sint Maarten.

Actually, SMCP started many years ago when pastors, church leaders and lay persons from both sides of the island came together to pray for the governments and for the island in general. We prayed, out of concern and for the love of Sint Maarten, for change. Praying for the island is a very good thing but prayer without action is futile. In a joint prayer meeting (French and Dutch sides), held on November 9th 2014, God directed us to get involved and to make a difference in our country by actively participating in parliament and government. At that time it was anticipated that the next election would take place in 2018. However, with the premature breakup of the Gumbs Government on September 30th 2015 and new elections being called, several Christian leaders decided that it was time to establish a new party based on Christian principles and values.

And so, on November 4th 2015, the Sint Maarten Christian Party was established, offering the people of Sint Maarten change, hope, integrity, accountability, transparency and stability. The Today Newspaper wrote that the SMCP marked “a novelty in the local political landscape, because this will be the first ever political party that is actually based on an ideology”. Even though the party’s ideology is strongly rooted in Christian principles we want to make it clear that SMCP is not a church organization. When elected to office, SMCP’s governing strategies and decisions will be based on its core values and principles which are very much lacking in parliament, in government as well as in our society.

While SMCP was being founded, the authors of the Articles of Incorporation had no discussion at all with any of the existing political parties. Neither did SMCP seek or receive favors or financial compensation from any of the current political leaders or parties. Let it also be noted that, SMCP never requested the UPP to send members to endorse its list on August 9th 2016. In addition, SMCP has no pre-election agreement regarding forming a coalition with any of the existing political parties. SMCP is an independent political party and is not tied or duty-bound to any of the current parties or their leaders. The members of the SMCP Association hail from all walks and sectors of society and not only from churches. Our candidates are persons who believe strongly in the core principles of the party and who have pledged to carry out their duties in parliament based on these principles. SMCP has even gone so far as to refuse finances from donors if the party is of the opinion that the donation may conflict with its principles.

SMCP’s goal is to offer the people of Sint Maarten good governance and a stable parliamentary coalition as well as a stable government. Since 10-10-10 our politicians have formed several coalitions but none of them lasted a full term. SMCP has some proposals that can lead to greater stability in parliament and government. We intend to share these suggestions with you in a subsequent article early next week.