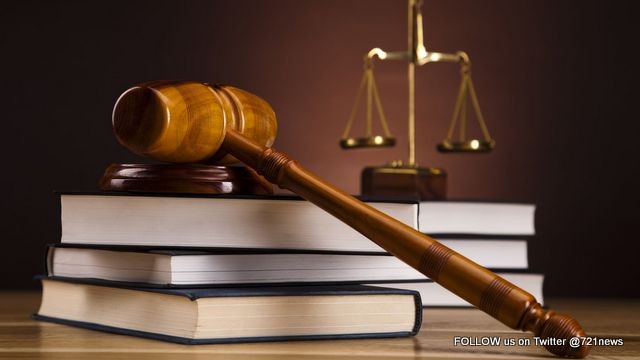 GREAT BAY – A Dutch special ed teacher who was fired by the Foundation Catholic Education during her 2-month probation period is not entitled to compensation, the Court in first Instance ruled this week.

The teacher arrived in St. Maarten on January 10 to start her job at the Sr. Magda School. The next day she had a meeting in the school’s office to settle paperwork. When she left the office, she ran into a glass door and sustained a concussion and a whiplash. After this accident, the school paid her salary until February 12 and on that day the foundation terminated the contract based on “a mismatch of characters.”

After the dismissal, the foundation also withdrew the SZV-insurance card; that left the teacher uninsured, without money and with the care for her 15-year old son who went to school at Milton Peters College. In the meantime, she has returned to Belgium where she lives with her family.

The court established that an employer is entitled to dismiss an employee without notice if there is a probation period in the contract. While the foundation quoted a mismatch of characters as the reason for the dismissal, the teacher maintained that her inability to work (due to the accident on January 11) was the real reason.
The teacher was dissatisfied with the housing arrangement the foundation found for her – in a garage on Coralita Road on the property of a colleague for which she was charged $750 per month) – but the court states in the ruling that she was herself responsible for finding adequate housing.

The foundation declared uncontested that there were problems with the paperwork the teacher needed for admission to St. Maarten by right and that she arrived ten days late on the island. When the teacher also blamed the school for the accident, irritations between parties rose.

The court says in its ruling that it is prepared to accept that the teacher’s inability to work has played a part in the school’s considerations to fire her. “However, from the total of all events it cannot be concluded that the foundation did not behave according to the standards that behoove a good employer.”

The court considered that the dismissal took place a month after the accident and not much earlier. Furthermore, the ruling states, “the single fact that the teacher was unable to work, does not stand in the way of dismissal during the probation period.”

A continuation of the labor contract also requires mutual trust, the court ruled. “When this is put to the test to such an extent in the beginning it is an ominous sign.”

If the teacher maintains that the employer is responsible for her accident, she is at liberty to present that in a separate procedure to the court.

The foundation did not abuse its authority, the court concluded; it rejected the teacher’s claims and ordered her to pay the costs of the procedure for the foundation, set at 1,800 guilders in salary for its attorney Lucas Berman.