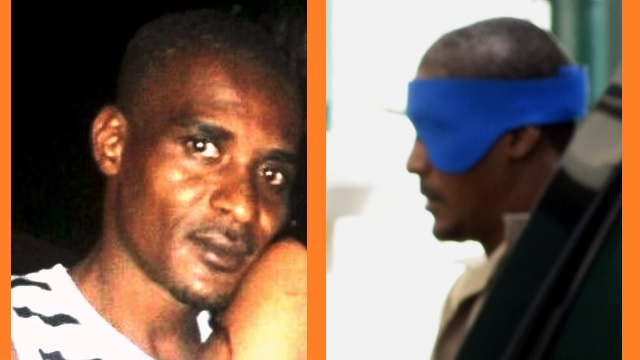 SINT MAARTEN/ANTIGUA – In a recently published story on 721news.com about the suspect identified in St. Maarten as Felix Floyd Crawford, who committed numerous robberies and home invasions, including burglarizing the home of former Minister of Justice Dennis Richardson, he has been recognized as a man who is wanted by Antiguan Law enforcement.

On February 19, 2015, Antiguan police issued a press release to the Antiguan Media that they were looking for a man known by two names: “Marcus” or “Thomain.” In the press release they did not mention his nationality or where he was from.

In a story published by the Antigua Observer on February 19, 2015 with the headline “Armed and extremely dangerous man” wanted, police issued a Wanted Bulletin for the arrest of a man known only as “Marcus” or “Thomain.” They (Antiguan Police) also mentioned that this man was believed to have spent a number of years between St. Thomas and St. Maarten.

After the story appeared on different St. Maarten news websites, including 721news.com, a famous Facebook page (Crime Antigua/Barbuda-reports) in Antigua picked up the story, and one of the ADMINs questioned if he was this man who had fled Antigua. He also demanded that local (Antiguan) authorities look into this case.

Via our Facebook network, 721news.com managed to get in contact with a member of the group, and they explained to us that it was big possibility that this could be the same man who is being held in St. Maarten, who is a notorious criminal wanted in Antigua for the same types of crime and worst he committed in St. Maarten.

When 721news showed his picture and the picture that was provided back in February by Antiguan police, there was a big resemblance. His face construction is nearly the same. Because of the security procedure of local authorities, it is a demand that a high profile dangerous criminal be escorted blindfolded by the AT team. That’s why it’s a bit difficult to say yes definitively that it is him.

721news.com has contacted the Prosecutor’s Office to see if they are aware of this news and if Antiguan authorities had already contacted them.

The Public Prosecutor confirms that the police of Sint Maarten and the Police of Antigua had communication and exchange of information on Crawford.

They also stated that up to this point, no official extradition request was made on behalf of the justice system of Antigua. The Public Prosecutor however does not exclude that a request can still be made by the Antiguan authorities. 721news.com try to reach the Antiguan police but was not successful.

Early this month, Dominica authorities released 6 armed robbery suspects’ pictures. Two of those suspects are wanted in St. Maarten in a case where a young lady lost her life due gunshot wounds.

Thanks to mugshot pictures and a rapid sharing of the news on Facebook, is what gave a major break in this case. These criminals were in hiding for two years.

The good work of the 721news crew to get a photo of this man created a small friction between an officer of the law and the news crew, however, 721news can say that victims in Antigua are breathing a sigh of relief.

721news also wants to point out that misuse of authority and power, and superiors in the justice system, who know well that the lawman’s powers are restricted on private property, can all be a block in resolving cases.

The only way to fight crime is when you know how to Team-up, and work together. It also benefits the Justice System to team-up and work with the media.

Working together as a team will benefit the entire community especially in this case, where two communities can be thankful today!

Below is the article that was published in Antigua Observer on February 19, 2015:

The Police have issued a Wanted Bulletin for the arrest of a man only known as “Marcus” or “Thomain.”

The police say he is considered to be armed and extremely dangerous.  They say he is wanted for a series of Aggravated Robberies and Shooting Incidents.

Authorities say Marcus is believed to have spent a number of years between St. Thomas and St. Maarten.

Police say intelligence has also led them to believe that Marcus may be hiding out on island around Wireless Road and Cassada Gardens area, or at St. Johnson’s Village in an area commonly called “Mad People Town.” They say however, he may be elsewhere.

Police are cautioning the public against approaching Marcus if seen. They ask anyone having information as to his whereabouts is asked to contact the nearest police station, or call Crime Stoppers at 800-Tips (8477).