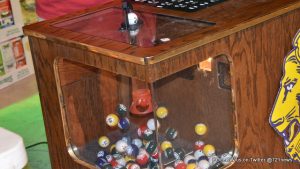 PHILIPSBURG, Sint Maarten — The St. Maarten Lions Club will once again hold their annual Christmas Bingo, this Saturday December 5th, at the Festival Village.  It remains the largest community fundraiser for the Lions. It’s the largest not only because it requires all Lions hands on deck and various supporting organizations across the business sectors to execute all activities before, during and after the event, but also in terms of the large number of persons usually in attendance to make a valuable contribution, while at the same time, having some serious Bingo fun.

Every year, something is different and better as the Lions attempt to keep the Bingo enthusiasts merry. This Saturday it will be no different, despite the economic challenges which limit businesses from participating in their usual way.  For those that attend faithfully every year due to their direct loyalty to a member of the club, namely Lion Wally Havertong, they would be pleased to know that the event has been renamed: The Lion Wally Havertong Christmas Bingo Spectacular.

The proposed name change was submitted for a vote by last year’s Lions Board, under the leadership of Immediate Past President, Lion Sunil Khatnani: “It was only fitting to request a name change that would reflect a Lion who has been behind this annual event for many years. Lion Wally Havertong volunteers every year to sing the promotional Bingo jingle advertisement. Further to this, he is usually the main bingo caller and calls out numbers during the Bingo games like no other Lion member can.

Lion Wally remains very instrumental behind the scenes with the younger Lions, ensuring that all is in place prior to the calling of the first ball.  The board made a unanimous decision to change the name and this was one hundred percent supported by the membership.  Renaming the Bingo to “The Lion Wally Havertong Christmas Bingo Spectacular” gave us as a community service club the opportunity to honor one of our own now, rather than later. Lion Wally Havertong has been living true to this name for many years, difference now is, that we have made it official in his honor and we stand proudly behind the decision.”

The Lions Christmas Bingo started in 1972, merely two years after the club was founded. Lion Wally Havertong joined the club three years later in 1975 and has from the inception assisted in the calling of the Bingo numbers.  This year it will be the 43rd year in a row that the community is being invited to purchase their lucky tickets, play Bingo and have a chance to win numerous fabulous prizes. Prizes include Overloaded Christmas baskets, restaurant, hotel and airline vouchers, and the famous Santa’s Bag which cash money.

The Bingo starts at 8:00 PM and due to the numerous game types and prizes, it usually ends around midnight – with many persons leaving filled with joy after sharing a fun night with close family, friends and by extension the Lions Club members. The Festival Village gates open at 6pm sharp so that the public can have ample time to get their bingo cards, food and drinks ahead of the calling of the first ball two hours later.

The name of the annual Bingo ends with the word “Spectacular”, and indeed it is. Spectacular because the business and public contribute, participate and enjoy in the spirit of Christmas. Spectacular because the name honors a person , Lion Wally Havertong, who has not only been loyal to the club, but to what the club stands for in its efforts to bringing our community together, and most importantly, all proceeds derived from  “The Lion Wally Christmas Bingo Spectacular” go towards the St. Maarten community.