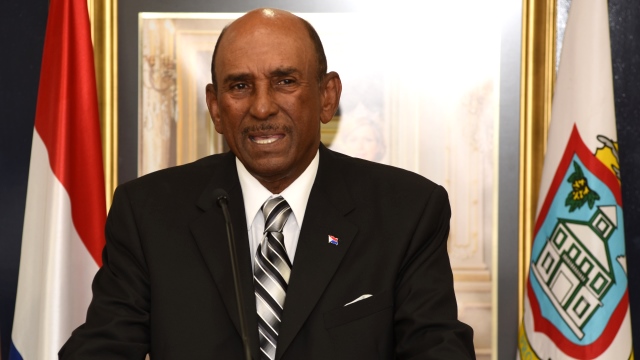 PHILIPSBURG – An effort will be made by non-industrialized countries like St. Maarten to get compensation from more developed countries to deal with the challenges of global warming and the impact it is having on small islands.

Acting Prime Minister Richard Gibson disclosed this after recently attending a meeting in St. Kitts, of Caribbean Development Corporation Commission (CDCC), which falls under Economic Commission for Latin America and the Caribbean (ECLAC). St. Maarten became an associate member of the CDCC, he disclosed.

Minister Gibson noted that the changing climatic conditions are a result of increase in greenhouse gases contributed largely by the more developed industrialized countries, which is having a negative environmental impact on small islands states like St. Maarten.

“If you have water levels increasing by 1.88ml per year, it means the sand that is at the heart of our economic existence, is being carried away and pretty soon if you don’t take steps to stop the erosion, then pretty soon no one will come to St. Maarten to enjoy sand, sea and sun,” the Minister said.

He explained that it is up to these developed countries to compensate these islands for the negative impact their actions are having. “This problem is a problem created by the industrial nations of the world, who through their industrialization cause gasses to be emitted into the atmosphere that damage the ozone layer to the effect that it no longer protects the earth from the sun rays in an efficient manner,” Gibson stated. “Since this was not caused by the Caribbean, those industrialized nations that are the culprits who cause this should compensate those nations who did not take part in this kind of development for their losses going forward in future,” Gibson continued.

He said what was discussed at the CDCC in St. Kitts, will be discussed at another high level meeting in Mexico.