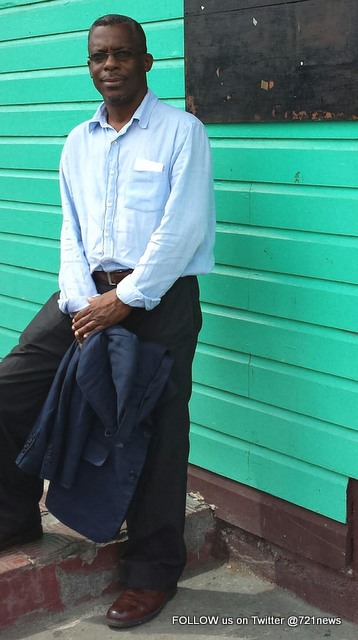 “The International Symposium – Transcultural Convergences in Central America and the Caribbean,” was coordinated by Dr. Werner Mackenbach in San Jose, Costa Rica, from November 18 – 21.

“The persistence of racist images in tourism advertisement and in other forms of tourism promotion in the Caribbean and Central America was addressed in my paper,” said Sekou following a Conscious Lyrics interview on Saturday on SOS Radio 95.9 FM.

“The ways that we’ve been overcoming the unrelenting negative self-images among Black people and Indígenas in this macro region; Exploitation of children in the tourism industry; Questions as to who really owns the tourist ‘product’ in the region, and who ‘sells’ the affected Caribbean nations as ‘destinations’ – instead of inviting visitors to explore, exchange, and enjoy the histories and cultures that we make as authentic societies, were also touched on,” said Sekou about his November 19 panel presentation.

Conference panelists traveled by bus to Puerto Limón on November 21 for the last leg of the symposium. The late morning panel was entitled “The Caribbean in Costa Rica,” said Sekou. Prof. Angel Quintero Rivera, a noted Puerto Rican author on Caribbean music, made the afternoon presentation on African influences in music relative to the “Puerto Rican diaspora” in New York City. Both sessions were held at Liberty Hall, a landmark in the city of Limón. The cornerstone of the building of this active chapter of Marcus Garvey’s UNIA, was laid in 1922, at the corner of Calle 5 and Avenida 5. 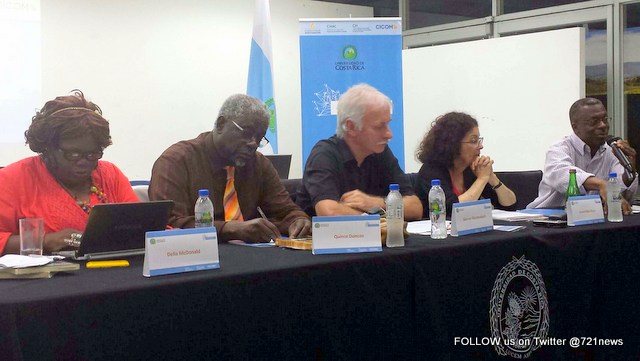 Sekou met informally with the Liberty Hall president Winston Norman and vice president Leonora Spencer-Godson. According to the UNIA chapter president, the organization has successfully lobbied the Costa Rican government to recently change the name of “Avenida 5” to “Avenida Marcus Garvey.” Sekou presented Norman with a copy of the St. Martin poetry/music CD, The Salt Reaper – selected poems from the flats, for the Liberty Hall archives.

Earlier in the week in San Jose, Sekou had presented Dr. Mackenbach with research copies of HNP books Sovereignty of the Imagination by George Lamming and Columbus, the Moor by Charles Matz, the publisher’s newest multilingual title. A Chilean researcher also acquired HNP titles such as Salted Tongues – Modern Literature in St. Martin by Fabian Adekunle Badejo, Guanahani, My Love by Marion Bethel, and the bilingual edition of Haiti and Trans-Caribbean Literary Identity by Emilio Jorge Rodriguez.