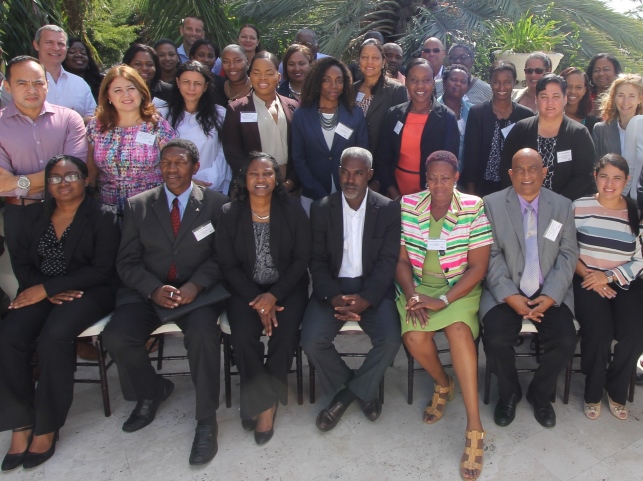 GREAT BAY, Sint Maarten (DCOMM) – COSME held a final two-day Steering Committee and Stakeholder forum at the Palms Hotel in Turks and Caicos from February 7 to 8 under the current COSME Programme estimate.

COSME is a 54-month programme with the responsibility to disperse 15 million Euros to projects benefitting participating Caribbean Territories. The funds were made available by the European Union (EU). The programme’s overall objective is to contribute to the sustainable and climate-resilient economic diversification and prosperity of Caribbean OCTs (Overseas Countries and Territories) by improving the competitiveness of Small and Medium-sized Enterprises (SMEs) in the participating territories.

The meeting’s purpose was to take a final reflection from when the European Union funded the 10th EDF COSME Programme “Strengthening the Development of Small and Medium Enterprises of the Overseas Countries and Territories in the Caribbean Region” beginning in April 2014—and to take a look forward detailing the remaining activities scheduled in the Programme.

Sint Maarten representatives described the meeting as an eye opener with respect to many opportunities and improvements that the country can reap from the programme.

COSME has been very beneficial for Sint Maarten by assisting with the free workshop trainings the ETT department was able to host for small, medium sized enterprises, helping them to grow and expand their business, which in turn contributes to the sustainability and economic diversification of our economy.

The Financial Agreement (FA) of the COSME Programme was signed on September 2012; however the Programme was kick-started and a Team of Experts was not contracted until April 2014, a year and seven months into the d+3 period, leaving a greatly shortened time to commit close to 15 million euros.  It can be concluded that the PMU was very successful in overcoming a major obstacle in ensuring the survival of the Programme as all monies have been effectively committed.

Ms Elvia Smith-Maduro, Programme Manager and Representative of Deputy Regional Authorizing Officer, Mr. Neil Smith and the BVI government stated, “Over the lifespan of the Programme, the COSME Programme was able to conquer changes and the many other challenges encountered and has survived, and I can say even blossomed, giving in one way or the other significance to ‘COSME’ on each OCT.”

With consultants present from the three servicing consulting agencies—GOPA, ECory’s and Steinbeis—a number of detailed reports were presented over the two days, sharing results.  This included research reports on the ease of doing business in the OCTs.

According to results from the research reports, over 1,000 entrepreneurs under the COSME Programme who specifically reside in the OCT region have attended and benefited from various workshops and/or activities to strengthen their businesses.

The implementation of the Programme will continue for the next 18 months in the OCT regions as approved.  These activities continue to support and grow the economies of the OCTs, such as developing island incubators, enhancing the effectiveness of the online incubator CaribConnect.net and offering additional innovation and business management workshops.

A show of appreciation and gratitude for the ongoing support and dedication of the COSME Programme was acknowledged in the form of a plaque presented from the island of Turks and Caicos.