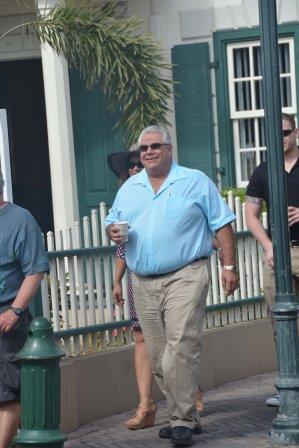 PHILIPSBURG, Sint Maarten — The suspects are accused primarily of committing forgery. The core issue revolves around a piece of land that the couple B. had held since 2005. First by renting it from the island territory of St. Maarten, then by acquiring a lease. To obtain the land, however, conditions were attached. For example, the land could not be sub-leased or made available to a third party. The price paid by the couple B. was about NAf. 22,000 and later even less, namely NAf. 18,495 ANG per month.
From the first moment of obtaining the land, the couple B., however, made it available to the company of I.H. called SBS. SBS significantly paid for it, as it was intended from the onset that SBS would pay about US $5,000 a month. Later, this amount was increased to US $18,750 per month in addition to a fee of US $750,000. Ultimately, US $3 million was paid to the couple B.

The couple B. did not want to pay any tax on the income derived from the land, which they were not allowed to rent out. A solution was needed and found with the aid of notary F.G. That solution was the establishment of the holding called “Eco Green” to allow the transition between the B’s and SBS. Although the official director was T.O.W., it was clear from the whole dossier that the actual owners of Eco Green were the couple.

While it is questionable whether Country St. Maarten should have allowed this construction, thus depriving itself from gaining income, is in itself not the core of the accusation. Apparently, Country St. Maarten did not mind this misuse of the system of long lease, therefore favouring some individuals.

The allegation against the defendants has to do with the fact that there are lies included in the records used to make the construction possible. That is called lying and in court it’s called forgery.

In addition, the couple B is accused of not paying enough in taxes to the country. 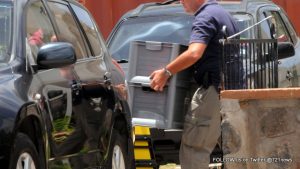 In a later phase of the research a major mistake was made by the former case prosecutor. During a search of the couple B’s house, pictures of documents were taken while some of these pieces fell under the law of privacy in communications between suspect and lawyer. The search was related to money laundering and this was submitted as a separate charge for the suspects I.A.H. and the couple B.

In the determination of the demand, the following factors have been of interest. Both Mr. and Mrs. B. are public servants and should serve the country’s interests. This they have not done. Their motive was just to make as much profit as possible, without actually doing anything. At the moment, the Public Prosecutor’s Office assumes that they have earned a total of approximately NAf. 635,000 and also a block of shares was sold for US $1,145,000. In due course, this illegally obtained assets will have to be taken away.

The notary F.E.G. is accused of having deliberately included falsities in authentic deeds. Thus he confounded the trust society should have in similar documents.

The suspect T.O.W. contributed with everything and received a generous salary. Each month US $1,500 was paid to him for being the director of a company that was inactive.

Ultimately, SBS and thus suspect I.A.H. got the plot of land. Country St. Maarten in 2013 gave permission to the couple B. to sell the right of long lease. This took place after articles published in the media. This way the “shadow construction” came to light. I.A.H and the couple B. once again benefitted from this.

However, these facts are from earlier dates. Imprisonment is considering all the circumstances, the only appropriate punishment.