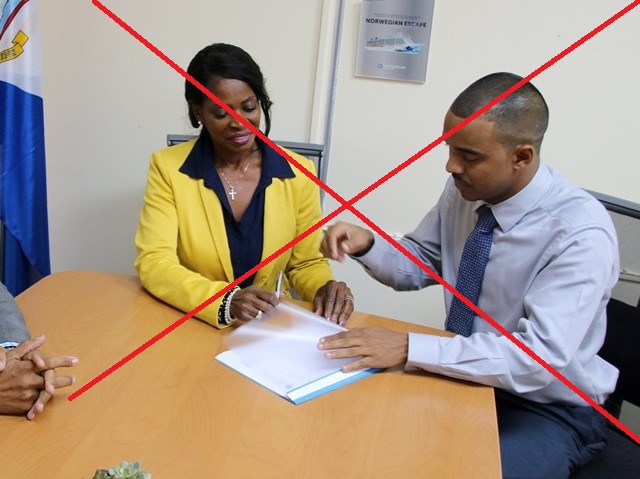 PHILIPSBURG – The Board of the Supervisory Council of the St. Maarten Tourism Authority (STA) has taken note of the press releases issued by the office of the Minister of Tourism, Economic Affairs, Transport and Telecommunication (TEATT) on the “selection and appointment” of Rolando Brison as Interim Director of the STA.

Following the placement of the advertisement for the vacancy of the Interim Director position, earlier this year, the Supervisory Council of the STA was requested, by the current Minister, to be on the selection committee.

The Supervisory Council did so and offered its evaluation of all candidates, following the interviews. It should be mentioned, however, that not all six members of the selection committee independently scored Brison highest, as was reported in the press releases.

It was furthermore agreed, by the selection committee, that the top three candidates were to be vetted after which a final decision would be made. Nonetheless, an offer was presented to Brison by the Minister prior to any vetting process.

In the most recent press release, dated Monday, October 3, 2016 it is mentioned that Brison is awaiting a one-year employment contract for the period starting September 1, 2016 and ending August 31, 2017. This contract, it is said, was supposed to be presented to him by the Supervisory Council of the STA.

While it is agreed that the Tourism Authority is urgently needed to coordinate and execute the much needed marketing efforts for the destination, it should be noted that the STA still has no budget, as funds have not been transferred from the ministry’s marketing budget for the purpose of the day to day operation of the STA, as originally discussed.

“Moreover, under the current conditions, given information obtained since the interview of Brison and based on the articles of Incorporation, the Supervisory Council cannot and will not support the appointment of Brison,” the Council said in a statement.

“The Supervisory Council looks forward to meeting with the incoming government and seeking their input in identifying the marketing needs and/or objectives for the country and to tackle these through the efforts of the STA,” the statement concluded.