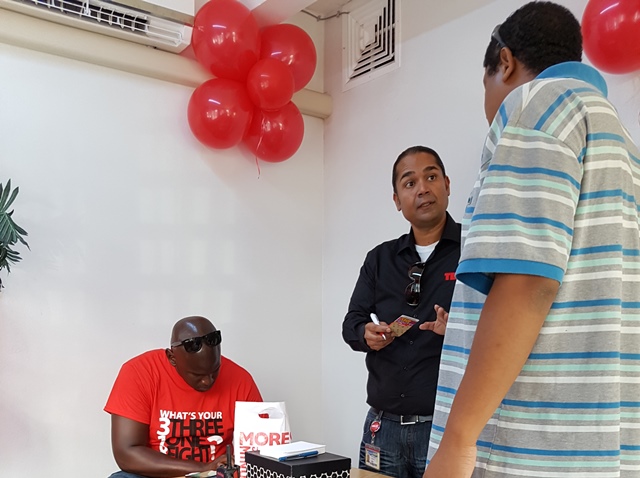 Both companies were forced into action after a new service provider recently announced it would be entering the St. Eustatius market by offering subscribers a new range of mobile numbers starting with 319-XXXX.

TelCell and Eutel this week announced they are making the choice as easy as possible for their current list of subscribers by joining together to enable all subscribers to maintain their present number under a new arrangement between the two companies.

In order to maintain their 318-XXXX number (both UTS and TelCell), subscribers are being asked to visit the Eutel office in Statia, where they can swap their current sim card on their mobile device for a new sim card that will allow them to continue to make use of their current mobile number and all the voice and data features available to them.

“It’s a very simple process that takes just a few minutes, however, because of contractual obligations to another carrier, we cannot begin to re-program the new sim cards until December 1,” said Carrier Relations Officer at TelEm Group Angel Richardson.

Richardson said ever since an announcement was made by a second carrier that it would be providing a new mobile service independent of a concession-owned by Eutel, subscribers on the island have been calling with questions about which service they should take and how their present service will be affected.

“By changing their sim cards and keeping their present mobile numbers, subscribers in St. Eustatius can be assured that they will continue to be a customer of Eutel, their own local and home-grown telecommunication provider,” Richardson explained.

She said TelCell has had a long-standing relationship with Eutel, and has been providing mobile service to Statia subscribers under Eutel’s own concession for many years.

“We see no reason to change that arrangement and we are very happy to go into this new agreement with Eutel in the interest of the local company and its own local customer base,” said Richardson.

Mobile subscribers in St. Eustatius who require any further information about obtaining a new sim card or are still unsure how to maintain their present mobile number are requested to contact the Eutel office for more information.