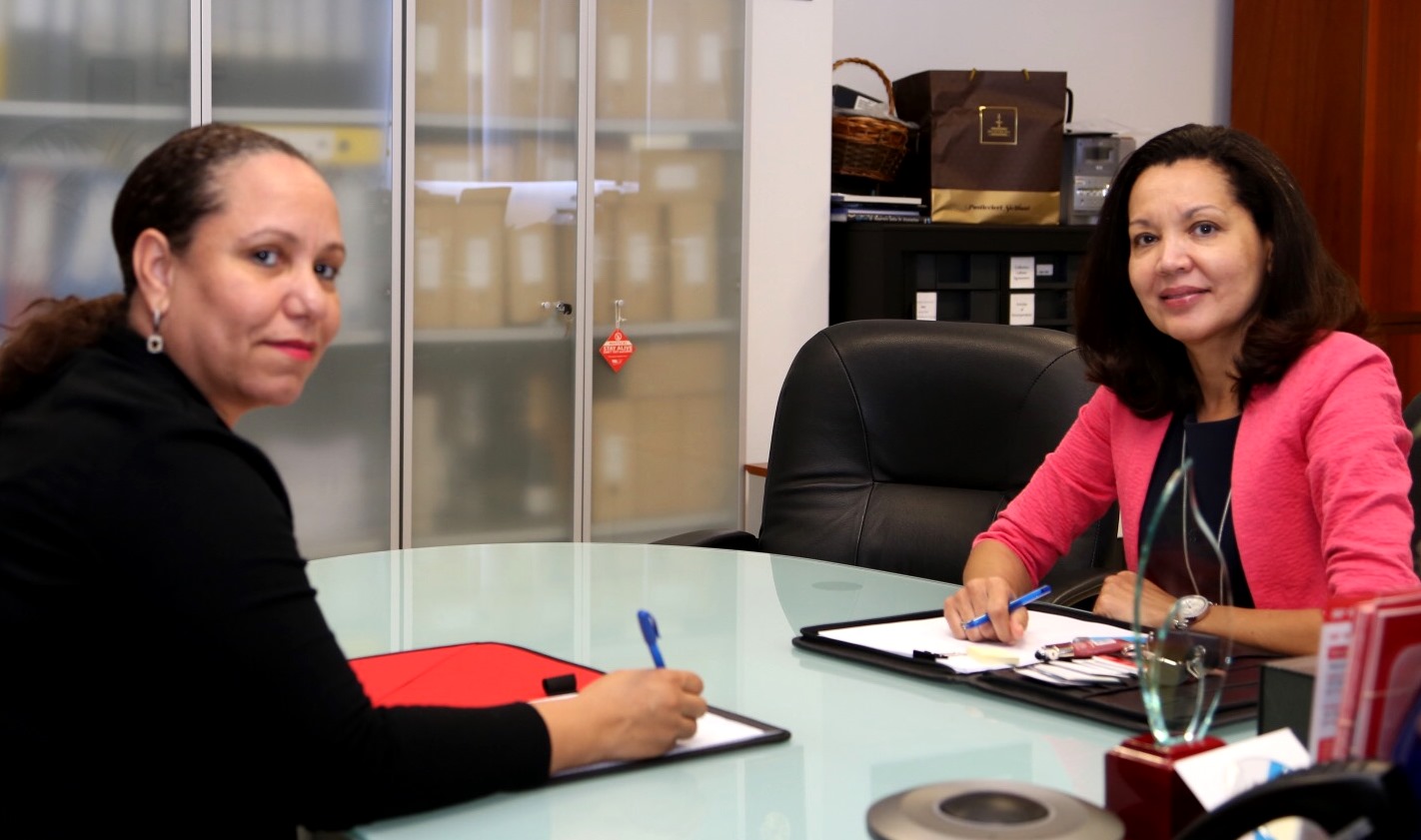 The $3.3 million plan, which will feature the re-routing of traffic via a second fibre optic cable, was presented to TelEm’s Supervisory Board of Directors by Chief Technical Officer (CTO) Eldert Louisa and advising consultant Nelson Vinck, last week.

Both advised that a back-up redundancy cable is vitally needed so that the company can continue to provide telecommunication services in the event of a catastrophic failure to the SMPR-1 undersea cable.

TelEm Group Chief Financial Officer (CFO) Helma Etnel, has praised Louisa and Vinck for bring the redundancy proposal to the attention of the Supervisory Board, along with their advice and recommendations with minimal delay.

“It is a major investment that we will be making, however, it is a vital one for the economy of St. Maarten because outages of the type we experienced in December can be very hurtful financially  and socially,” said Etnel.

She said the large investment TelEm Group has now committed itself to demonstrate the company’s resolve to ensure the customers and the general population that full redundancy is being provided despite the high investment involved.

“It is often very difficult for smaller telecom providers like TelEm Group to make this kind of investment that would be normal for larger providers overseas because it ties up a lot of capital that can be invested in other important areas and to keep customer costs down, however, it’s an option that we have to take now because of the consequences if we do not,” continued the CFO.

She said it also important to inform that the search for affordable backup capacity to the SMPR-I has been ongoing for a number of years and has proven to be big challenge because of the limited options that were available and the high cost of making use of those few options.

Approval has been given by the Supervisory Board of Directors for the new redundant route that will go via the so-called SSCS cable via St. Kitts on the PCCS cable to Jacksonville, Florida. It will then connect to the main Smitcoms N.V. Point of Presence (POP) in Miami, Florida, to a co-location center.

CTO Louisa explained that backup capacity for the SMPR-1 will come from a 10Gbps link that will “create the diversity network for St. Maarten to guarantee the continuity of services, avoid unavailability of internet and data exchange if there is an outage of the SMPR-1 cable in the future,” said Louisa.

He said TelEm Group had considered a number of options to provide the best redundancy proposal for TelEm Group, including continuing with its present capacity provider while repairs are awaited on the SMPR-1 cable, however, the presented proposal was analyzed and found to be in the best interest of TelEm Group and its business and residential customers.

Referring to the SMPR-1 repairs, Louisa estimated that full restoration of the fiber optic cable may still be three months away mainly because of the time it will take to secure an environmental permit in Puerto Rico to work on the reef where the damaged cable lies. The mobilization of the right manpower and equipment is also a contributing factor in the delay.

“The delay in repair of the SMPR-1 is another reason we want to ensure we are not depending on any one cable or provider of capacity service to us at this time,” continued Louisa.

CFO Etnel said TelEm Group and the Supervisory Board of Directors will be informing the government shareholder about these latest developments, perhaps as early as this week during a reconvened Shareholders meeting.

The local business sector, who have also expressed concern about the possibility of similar outages taking place in the future will also be informed as will customers generally.

Amongst those voicing their concern at the time was Chamber of Commerce president Peggy-Ann Brandon, who personally convened a meeting with the two main telecommunication providers for an explanation of the cause of the outage and how both companies could work on preventing future occurrences.

Etnel said she was happy to meet with the Chamber President on Monday to provide her with the latest update on the company’s capacity redundancy plan.

“Ms. Brandon was very happy, on behalf of her Chamber clients and businesses on St. Maarten to hear that we have taken such positive action, and she has pledged her continued support to us in any way she can,” said Etnel.