Home 721news The dump is the newest political football 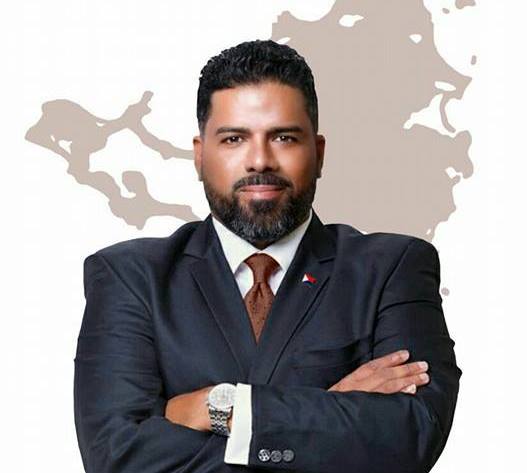 I am so amazed to hear all these older politicians who have been part of Government, either in power or in opposition for over 30 years, try to convince the people that finally after watching the dump grow for the last 30 years or more, they will provide the solutions.

They have had reports dating back years, which indicates to them the health hazards for our people. Yet they chose to disregard the solutions since many have become rich from this dump growing more than six floors.

I really hope that St. Maarten people will stop falling for these tricks and realize that all these parties have lost their ability to carry out any such project without corrupting the process to ensure they are financially rewarded via their affiliates and front companies.

SXM people deserve to know the truth about the dump!

Lately, after quite some research and investigation, I was fortunate to put my hands on a 316-page very in depth report, which was done and provided to Government by a Curaçao-based company named ECOVISION N.V.

This report was commissioned by a company called Synergy Renewables St. Maarten N.V. (the local company established by a US company named Synergy after they won the bid for the WTE) and Government of St. Maarten. The report is dated July 14, 2014.

This report also includes another report on the waste characterization that was carried out at the request of Windward Roads B.V. by a company called R.W. Beck. This study was performed since June 2009.

So SXM people, lately we have heard the Minister of VROMI speak about his visit to a New York-based company to start the ball rolling on the project of creating a Waste-to-Energy (WTE) plant. We have been told that an MOU is expected to be signed shortly.

After reviewing the ECOVISION report from 2014, I am left with quite a few questions and concerns:

1) What happened to company Synergy, which won the bid before 2014 to build the WTE plant?

2) Why isn’t Government speaking about this company anymore?

3) What happened to the deal between Synergy and GEBE to buy the energy produced from the WTE?

4) Does government have a signed agreement with Synergy?

5) It seems a local company Synergy Renewables St. Maarten N.V. was set up and received permits to carry out the project. Is this the case?

6) Can SXM people expect Synergy to take government to court for damages should government embark on their plan to deal with the New York company?

7) Will government be paying for another report like the ECOVISION report? Will all the taxpayers’ money spent to have this report done be wasted?

8) Why isn’t the present Government telling the people about the existence of this report?

9) Why isn’t the Government telling the people what happened with Synergy?

10) Why is this Government looking to deal with a new New York company? What is in this deal for them?

SXM people, after doing the research and digging up some old documents, I am quite confused why neither the present government nor the members of the UP opposition are speaking about all the taxpayers’ money, which was spent on the solutions for the dump going back to before 10-10-10.

It is very clear that they have known at least as far back as 2009, the hazardous effects of the dump to the citizens of this island and they have been very aware of the solutions.

Yet, a game is being played out in the public as if they never knew and making seem as if so much work remains to be done.

The reality is that we have had all the info for years now and all it needs is the political will to solve a problem plaguing this community for decades and endangering the people’s health.

In the end this seems to confirm what I have said for a few years now, which is that the dump was never addressed because it has been a source of millions for many people involved. This extends across all party lines and includes civil servants. So the people’s health has been taking a back seat to greed.

Wake up SXM people. It is time we know exactly what deal our government intends to make. It is important we get the answers to the questions and that we arrive at a deal which will benefit the people above all.

We must not allow this project to be corrupted to benefit a few greedy politicians and their cronies.

PS: I have included some of the info for everyone to read. Please note the report is 316 pages so I just put the Intro. I have also referenced articles. Please see some of the names called in these articles.

Transparent garbage bid. What a joke.

Source: 721 News The dump is the newest political football