Home 721news The New Year open with a man been chop-up in Cayhill and... 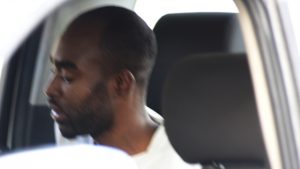 This is the man the woman met in St Maarten and was her vacation companion.

Cayhill / A Th. Illidge road — The  detectives started the year out  very busy as Police assistance was requested at Sea Breeze in Cayhill where a domestic problem lead to two men fighting for a woman one of the men t was chopped with a beer bottle and a Police car was hit by the female in an attempt to flee the scene.

According to eyewitness who told 721news a woman who hailed from Holland was staying at the hotel in Cayhill and went out partying without  her companion who she met on the island. The companion who came looking for her but discover she went out with another man. 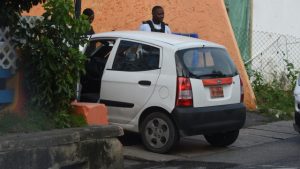 He in turn got jealous and  waited on her to  return and confronted both of them, a fight broke out and several cars were damage including a Police Pick-Up who can to the assistance.

The woman who was driving the white Kia was arrested and her companion who she met on the island. Both were transported to the Philips Burg Police station.

The traffic department was called in to do the investigating part of the traffic accident and the Detectives are busy with the ill treatment and threatening part. 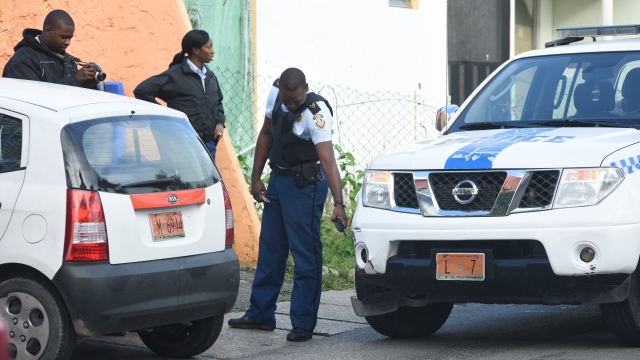 SHOOTING and STABBING on A. Th. Illidge road.

The detectives are busy investigating the first shooting of the year where a unidentified man let 12 round of shots towards another man who at this moment is fighting for his life.

Two other women were also hurt and is not clear to our newsroom if the wounds they got was from the Gun shots or stabbing. These women were lying down on the ground across the Key shop on A Th Illidge road.

Another victim who we assume was the male person who got shot and was located accross Son Latino Disco.  According to reliable information the shooting took place around 10:46 am right across the entrance to the car wash at Francis bar. Police and detective found about 12 round of bullet shells close to the entrance of the Car wash.

The details of this shooting is still sketchy, but four (4) person were injured by gunshots and stabbed wounds and were transported by ambulance to the SMMC.

As soon we get more details on both cases we will bring them to you. 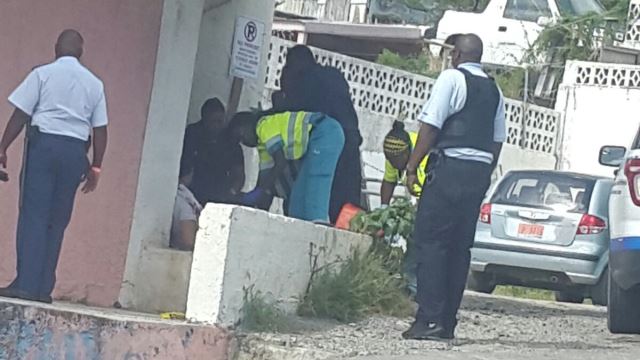 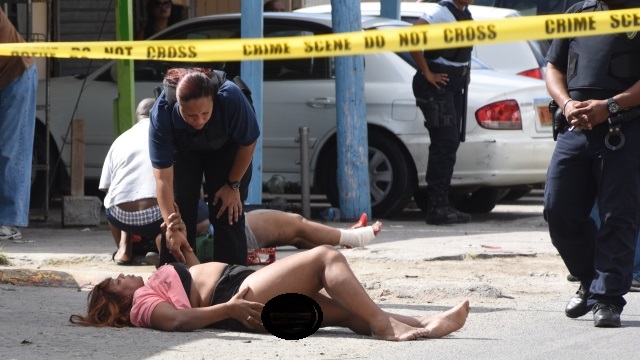 The Police Department is presently investigating a very serious case which took place on New Years day at approximately 11.00 a.m. It was about that time, when the Central Emergency Dispatch received the first call, concerning a big brawl involving numerous persons that was taking place in the vicinity of Francis bar on the A. Th. Illidge road. The caller also stated that numerous gunshots were fired and that several persons had been stabbed.

Several police patrols, Paramedics Detectives and Forensic Department were sent to the scene to investigate what had taken place. On the scene several persons who were injured during this brawl were attended to by paramedics. The scene was immediately closed off and traffic diverted. Detectives were on the scene talking to witnesses and Forensic Department was collecting evidence. Four persons were transported to the Sint Maarten Medical Center for further medical treatment.

The persons involved in this brawl were attending a New Years Party at Francis Bar when for still unclear reasons the situation got out of hand. The situation escalated whereby numerous shots were fired and several persons getting stabbed. There were no fatalities reported after the brawl.

The investigation is presently ongoing and more details are not available at this moment. As soon as more details become available the media will be informed. 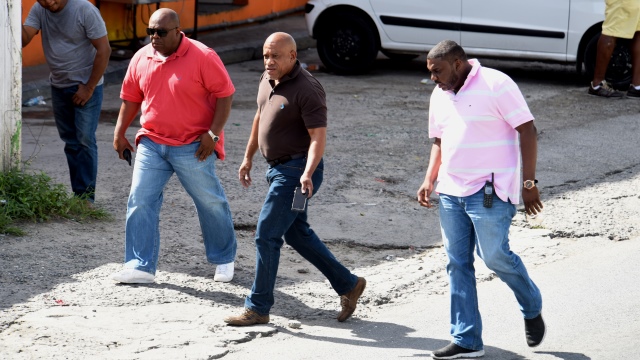 Source: 721 news The New Year open with a man been chop-up in Cayhill and 4 others injured on A Th Illidge road