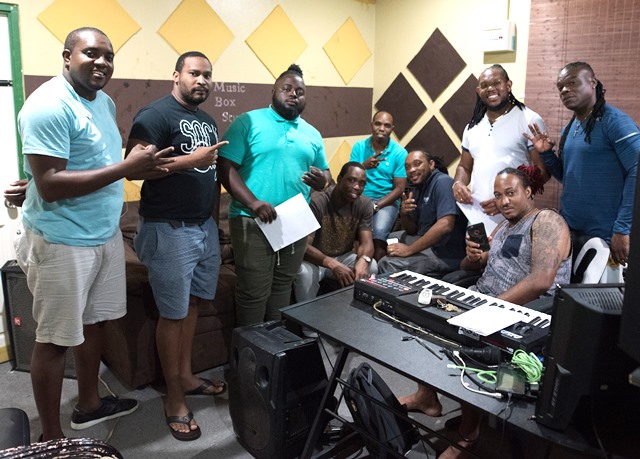 PHILIPSBURG – Through 365music.co, local fans of Dominican Bouyon band Triple Kay International now have a central hub where they can find a host of the band’s music, including latest releases.

Through an exclusive promotion deal with 365music.co (a Dominican company), all audio of the band’s live performances as well as archived and selected future studio productions, will be made exclusively available via the 365music.co website.

“We’re happy to partner with 365. These guys are known for the quality of their work so we believe our music is in good hands. This is a great way to promote local talent and we are looking forward to our fans accessing our music through this hub,” said Triple Kay Band Leader Jeoffrey Joseph.

According to Tridel Edwin of 365music.co, as the most consistent band in Dominica, with the widest appeal, it only made sense to approach the band for this partnership. “The consistency of their music over the years and their appeal to youth are things we admire. These are young guys just like us who are representing for Dominica in their own way and we like that we have that in common with them.”

Though Triple Kay might be the most recognizable name on the site, the company has signed other local acts as well, including Keks Mafia, Soca artists Benz aka Mr Gwada and Starsha; Dancehall artiste Oozy and rappers K.R.I.M, Sleem Steez, Triszy and Kayyo.

“We’re looking forward to adding more music professionals and to making it more representative of the inclusive space that we envision,” added 365 Music Elias Dupuis.

According to Edwin and Dupuis, the user-friendly website is a platform for the promotion of Dominican music and music professionals (whether based on island or abroad). Users on the site can find music and information on their favourite artists and also discover new ones. They can also stream and download music and watch videos. There will also be DJ Mixes, live recordings of performances, and exclusive content from 365music.co, like “My Take” (a vox pop on the local entertainment scene), artiste interviews and an upcoming show called “San Cobine” with other shows to be revealed in the future.

This site also features biographies of each artist and related photography and graphics for their music.

The company will soon make the website content available via mobile apps for both iPhone and android.

Triple Kay will be performing at Caribbean Flag Fest this Saturday, April 22, at the Festival Village.