Home 721news UP MP Connor: Respect our Constitution, our Democracy, our Rule of Law 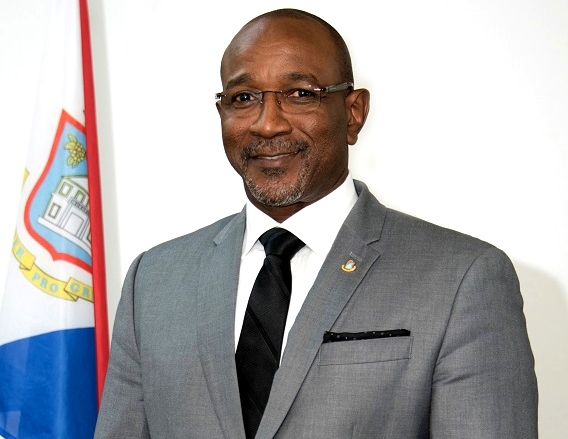 All factions of the St. Maarten Parliament supported a motion that was submitted to the House on Monday, January 30, 2017, during a plenary session.

The meeting was called to discuss the appointment of a quartermaster for the Integrity Chamber by the Dutch Government. During the deliberations it became clear that the validity of the Protocol that was signed between Minister of Interior Affairs and Kingdom Relations and the Minister of Justice of St. Maarten in May of 2015 became questionable. What was also clarified at least to me was that, the protocol document that was established by the two aforementioned Ministers was contingent on an ordinance that was to be voted into law. The ordinance or law was to regulate or institute an Integrity Chamber for St. Maarten.

The third point disclosed by government was that the drafting of the Integrity Chamber law received input and support from the Dutch government. This draft ordinance was debated in the St. Maarten Parliament and subsequently passed by a majority vote in 2015.

As with all draft national ordinances passed or amended by Parliament, these are subject to scrutiny by our Ombudsman, which is an integral body and part of the rule of law on St. Maarten. The Ombudsman can review and challenge ordinances (laws) that it deems unconstitutional or in contravention to existing laws. In addition, our Constitutional Court upheld the objections of the Ombudsman and as a consequence the law could not be implemented on St. Maarten. These are the facts and circumstances that St. Maarten is faced with as it pertains to this issue. The motion that was unanimously passed contains concise and clear representation of these facts.

So I do not understand how Dutch politicians can think that the St. Maarten Parliament would subject itself to ignoring the Constitution we all individually swore to uphold. Are they saying to us that we should for their “perceived” sake ignore our own Constitution? Would these same politicians do this to their country if the circumstances or situation were reversed?  The facts are the facts; the ordinance has been struck down and is deemed unconstitutional. Parliament in its decision of Monday instructed Government to find alternatives, in addition to condemning the actions of the Minister for Interior and Kingdom Relations; and not to seek to establish an institution that is in violation of our laws and to present to the Parliament of St. Maarten a plan of approach for remaining recommended areas of integrity as were reported and accepted by St. Maarten in the 4 reports that were conducted about St. Maarten.

I have also read that, at least, some of the Dutch politicians have stated that the Dutch Government should now come down with an instruction “aanweizing,” and furthermore if we don’t like it we can leave the Kingdom. These in my opinion are disrespectful statements, disregarding the people of St. Maarten, its highest elected organ and its rule of law in a democratic society such as ours.

For some Dutch politicians, if we are truly partners within the Kingdom as the Dutch professes to the world, then respect should be shown, to insinuate that the members of Parliament would be hiding something when it pertains to us taking decisions in the best interest of the future of our country is offensive. Before doing this they should familiarize themselves with our Constitution and our democratic system of checks and balances, something that I am quite sure had their support.

What I find also disrespectful is that the same Dutch politicians are linking the arrest of a local Casino owner to decisions of Parliament, and insinuating that we are against transparency in Government. They also indicated that “…if St. Maarten wants its way they should do so as an independent country…,” this to me is an indication that these Dutch politicians can care less of the general interest of the public of St. Maarten; they are using incomplete and inaccurate information to form conclusions, and this isn’t only irresponsible, it is dangerous and has no place in this debate.

If we are to introduce a legal, sustainable and functional Integrity Chamber, it should not be tainted by baseless and blurred truths. How can we continue in good faith to talk about building a strong Kingdom to the outer world when Dutch politicians continue this tactic of accusing and insinuating that we are all corrupt? Those are divisive and oppressive voices and goes beyond politics. It erodes every unifying foundation that has been built within the Kingdom.

It would be irresponsible for the St. Maarten Parliament to subject our country to injustice and flawed laws. We are obliged to protect all of the people of this country and by extension the Kingdom to which we are an integral part of and belong.