Home 721news UP: New hospital but larger debt for the country 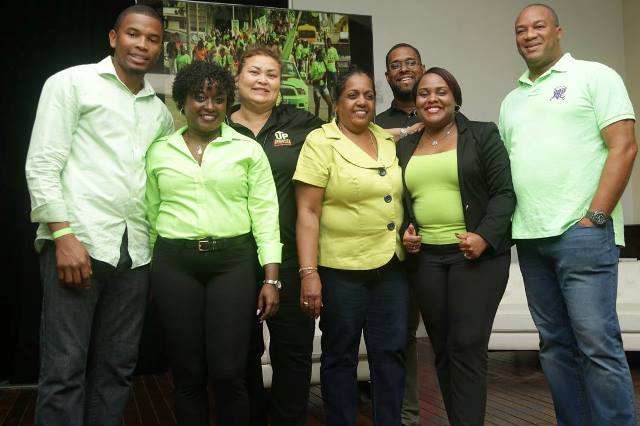 ~ Businesses and taxpayers will pay in higher premiums and taxes ~

PHILIPSBURG, Sint Maarten — The new hospital has been announced. Politically – perfectly timed, but, let us look at some key areas of concern, United People’s (UP) Party Vice President and Candidate #13 Tatiana Arrindell said on Tuesday.

“The current St. Maarten Medical Center (SMMC) loses money and needs to be subsidized in the millions of dollars annually. Making the hospital larger will not automatically mean that the losses will end. There is a very, very good possibility that the losses will increase.

“A larger, more modern and more expensive to run facility, will cause an even larger subsidy requirement whether from Government or the Social Health Insurances SZV. Where is the plan to offset the increase in expenses that the larger facility will create? Any increase in subsidies for the larger hospital will either mean an increase in taxes on the people or an increase in SZV premiums for their services which would target businesses. In either of these situations, the citizens will ultimately suffer. That is not acceptable but, obviously, not high on the Minister of Public Health’s list of concerns.

“The simplistic approach of the Minister of Public Health is that if Sint Maarten builds a new and larger hospital, more people will come. Really, does a new facility improve the quality of care or perceived reputation of the facility to the citizens and the region? What will improve the quality of care and the perceived reputation is the ability to attract qualified specialists in the primary areas of care the island needs.

“This can only be done if there is sufficient business for these specialists to earn the living they envision. This can only be achieved thru a well-conceived plan to broaden the worldwide interest in the new hospital. The UP plan was to do this thru Medical Tourism – a word now intentionally avoided by the Minister of Public Health and the Council of Ministers.

“A more modern hospital is needed nobody would argue that, and this has also been the premise of the UP Party as well, however, the financial root cause of the issue behind the losses to the SMMC and the expenses of the SZV is the lack of specialists on the island thereby causing many, many millions in travel expense alone to other countries in order to meet the health needs of our people.

“Unless the lack of qualified specialists is solved thru a well-planned and feasible approach – as was the case thru Medical Tourism – the problem of losses to the SMMC and higher expenses for the SZV will continue and even increase as the local population gets larger and older and the new facility calls for an even larger subsidy.

“The UP Party had the complete solution: A modern hospital where specialists would have been available and not as a financial burden to the SMMC or the SZV. These specialists would have been the financial responsibility of a separate, independent entity. These specialists, when treating SZV patients, would have gotten paid at  SZV rates since these lower rates would be offset by the much higher rates paid by international patients under the Medical Tourism plan. In other words, the local population would receive top quality medical attention at SZV rates therefore neither increase in premiums for the business community nor an increase in taxes for the tax payer!

“Had there been any concern for the island and not just for political mileage that this Government embarked upon from the onset, the Minister of Public Health should have seen the value of the UP plan and taken it over then build it to his liking. After all, his background is tourism and not the medical field. He should have seen that the UP plan would not only solve the medical issues of the island but also broaden the base of the island’s economy: tourism.

“For years, there have been calls for broadening the base of the island’s economy. The UP’s new hospital plan was a strong step in this direction. Medical tourism is an approximately 100billion dollar industry worldwide and it would have been added to cruise tourism, stay-over tourism and timeshare. Shame on you, Minster of Public Health for not doing this but opting to play politics instead which will end up in the end with higher premiums for the business community to pay as well as higher taxes for the tax payer,” UP Vice President Tatiana Arrindell said on Tuesday.

Source: 721 News UP: New hospital but larger debt for the country