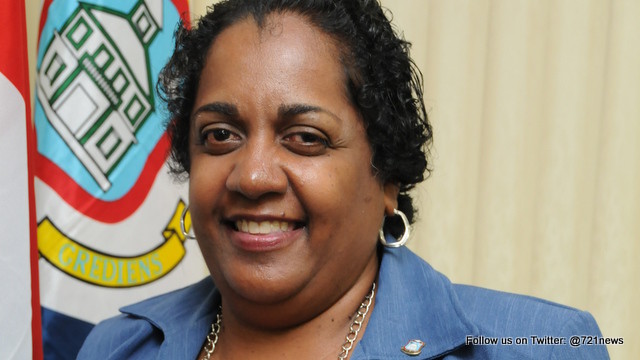 PHILIPSBURG, Sint Maarten – The United People’s Party (UP) Board President Sylvia Meyers, would like to congratulate the People’s Progressive Alliance (PPA) Drs. Gracita Arrindell for joining the political process in order to participate in the September 2016 parliamentary elections.

Meyers added that Arrindell was a member of the UP and ran with the party twice as the #2 candidate on the party slate, and on both occasions the former Member of Parliament lacked in votes to justify the position that she was given such as the first President of the Parliament of Sint Maarten.

“This is not a lack of leadership as brought forward by Arrindell during her press conference that the UP is lacking, far from it, it was about putting the best people in the top positions to run our country.  The UP is about opportunity for the people along with the improvement in the quality of life of all the people, and not just a few.

“The unfortunate insinuations and mudslinging by the PPA lacks any substance.  The UP Party leader Member of Parliament Theo Heyliger, has displayed leadership throughout his political career, and with the most recent being, putting together a two-thirds majority in parliament of 10-seats in order to provide a stable government for the people of the country to prosper.

“However unfortunately, there were those who decided to take another path and the 10-seat two-thirds majority became history.  The UP Party remains committed to the people of the country, and the people are well aware of who turned their backs on them and Sint Maarten, and will decide their fate at the September polls.

“The board takes this opportunity to wish the PPA and Arrindell much success in the upcoming poll,” the board of the United People’s Party (UP) said in a press release on Wednesday.

The UP Board and leadership meet on a consistent basis to ensure the ongoing concerns of the populous remains at the forefront within the House of Parliament.

“Like Member of Parliament Maurice Lake, we trust Ms. Arrindell would settle her membership dues to the party,” the UP board concluded. 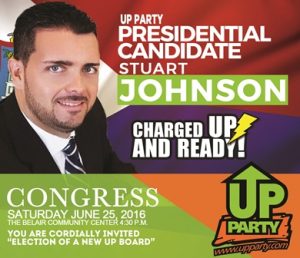 UP Party President Meyers reminds the UP party membership and sympathizers about the party’s Congress for the re-election of the party board which will take place on Saturday, June 25at the Belair Community Center.

Registration for new UP members and current members will begin at 4.30pm.

The highlight of the evening will be the election of the UP President and the UP Party Board.

Leader of the UP Party Member of Parliament Theo Heyliger will be addressing the membership.