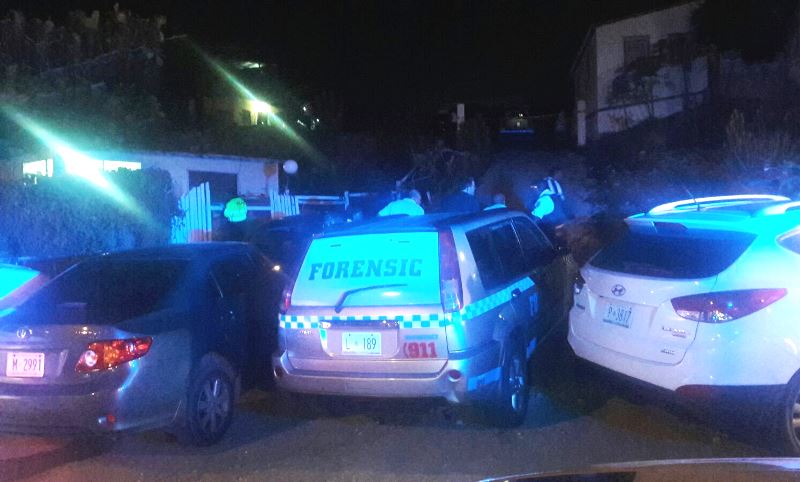 Detectives are presently investigating a shooting of two men at a “truck wash” located on the Arch road in Sucker Garden. The Emergency Dispatch received the first call at approximately 10.30 p.m. on Tuesday March 14th informing them that two unknown masked gunmen entered the building on the premises where the truck wash is located. Two men who were in the building at the time were shot by these two gun men.  Immediately several police patrols and paramedics were sent to the scene to investigate what had taken place.

On the scene the investigating officers learnt that indeed a shooting had taken place and that two persons were shot.  After committing this act both suspects fled the scene. Both victims were treated on the scene and then transported to the Sint Maarten Medical Center for further medical treatment. Both victims are in critical condition at this moment.

The scene of the crime was immediately closed off for the Forensic Department to collect evidence while detectives are presently interviewing witnesses. Details to exactly what happened are unavailable at this time. Who the suspects are and why this shooting took place is being investigated. As soon a more information the media will be informed.

TWO PERSON SERIOUSLY INJURED, ONE IS FIGHTING FOR HIS LIFE.

HE DID NOT DIE AS WE REPORTED EARLIER.

THIS HAPPEN ON ARCH ROAD —