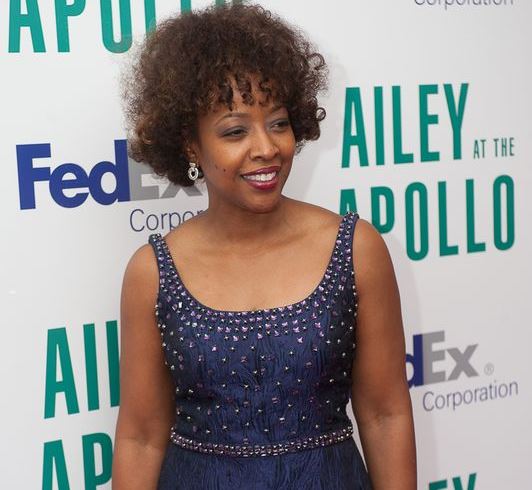 PHILIPSBURG – “The 2017 campaign theme designated by the United Nations for International Women’s Day 2017 is: #BeBoldForChange. This theme, as stated by the United Nations, ‘is a call on the world, individually and collectively to make a better working world – a more gender-inclusive society,’” Peridot Foundation founder Gracita R Arrindell stated.

The official UN releases stated: “each of us, with men and women joining forces, can be a leader within our own spheres of influences and take bold pragmatic action to accelerate gender parity.”

“Peridot Foundation commemorated International Women’s Day almost 20 years, including a variety of programs. This year, we are very excited to have as our guest speaker from the USA Gina F. Adams, Senior Vice President for government’s affairs for Fedex Corp. International.

Ms. Adams is a lawyer and the company’s top lobbyist, an excellent choice to address the theme: #BeBoldForChange,” Arrindell explained.

“Our team has been working diligently to have an informative and uplifting program. Our guest- speaker Ms. Adams will be a first-time visitor to our island and stated she’s very excited to be part of the activities on March 10, upcoming. The event will be a fun-filled fund-raising event (only $15 per ticket) and will include our local very talented singer Ms. Sandra Brooks, great giveaway prizes, a surprise recognition and inspiring moments,” Arrindell continued.

The location will beat Sonesta Maho Pavilion from 8:00pm-10:00pm. Dress code is Caribbean Elegant. Since seating is limited, it is recommended to get tickets, which go on sale from Wednesday, February 15, at Van Dorp Bookstores and Peridot Foundation members.

“Peridot Foundation is very grateful to management of Sonesta Maho, Van Dorp bookstores for their outstanding corporate support towards this event. We look forward to the encouragement and support of other corporations as we work towards celebrating an exciting and memorable event on March 10, 2017. Stay tuned for more information,” Arrindell concluded.

She is responsible for shaping and promoting the interests of all FedEx Corporation operating companies, including FedEx Express, FedEx Ground and FedEx Freight in the political and policy arenas. As a lawyer and the company’s top lobbyist, she works with Administration officials, members of Congress, the diplomatic community and industry associations on domestic and international commerce and transportation issues.

Ms. Adams also oversees one of the largest corporate PACs in the United States for her company, which serves more than 220 countries and territories and relies on 450,000 team members, more than 650 aircraft and 150,000 vehicles to make more than 12 million shipments each business day. She joined FedEx in 1992 as Managing Attorney of the International Regulatory Affairs Office.

She has held a number of positions since that time, including Staff Director and Staff Vice President for International Regulatory Affairs. Shewas promoted to her current position in 2001 and is a two-time recipient of the FedEx Five Star Award, the company’s highest employee achievement award. After receiving a BS from American University, a JD from Howard University School of Law and an LL.M. in International and Comparative Law from Georgetown University Law Center, Ms. Adams began her career as a lawyer in the Attorney Honors Program at the U.S. Department of Transportation and spent nine years in the Office of the General Counsel.

While at DOT, she was selected as a Department of Transportation Fellow and honed her skills in negotiating international aviation, trade and maritime agreements and presenting the nation’s legal position on transportation issues to foreign government. She’s traveled extensively throughout Asia and Europe.

Ms. Adams is extremely active in the Washington, D.C. community and supports numerous projects and events that target education, health, youth and the arts. She also sits on a number of boards, including American University (Chair, Audit Committee), Alvin Ailey American Dance Theater (Vice Chair), Town Hall Education Arts & Recreational Campus (THEARC), National Museum of Women in the Arts (First Vice Chair), the Black Women’s Agenda, the Economic Club of Washington (Co-Chair, Education Committee), Howard University School of Law Board of Visitors, and is a past chair of the DC Chamber of Commerce.

In 2016, she received several recognitions including, Howard University’s “Alumni Award for distinguished Postgraduate Achievement in the field of Business”; the “Unsung corporate Community Uplift Award” from the Greater Washington Urban League; the “Triumphant Women of the Year” from the National Action Network and was selected to Elle Magazine’s top 10 women in DC Power List. In 2017, she was awarded an Honorary Doctorate of Laws from Trinity Washington University. Ms. Adams and her husband, Eugene, have a son and live in Washington, DC.