Home 721news VLF thanks partners, public for support in 2016 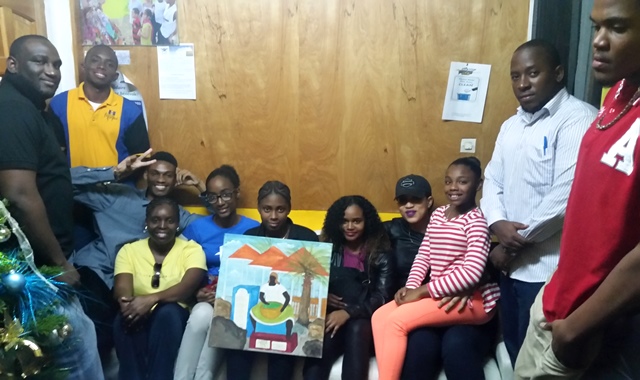 PHILIPSBURG – The visionary of Victorious Living Dr. Erna Mae Francis-Cotton and board members sincerely thank VLF’s partners, volunteers, clients, supporters and members of the press and general public for helping them to make a significant difference in 2016.

In addition, many lives were transformed through VLF’s fourth hosting of the premiere one-day leadership simulcast conference Leadercast; facilitation of a successful marriage and singles retreat for the pastors and spouses of the Moravian Church Eastern West Indies Province; and a grief workshop that VLF’s visionary facilitated for the St. Maarten Social Workers Association.

Victorious Living is also grateful for a successful launch of its first Leader Worth Following Awards, endorsed by the global leadership brand Leadercast, and congratulated its first two awardees Apostle Alicia Liverpool and Asha Stevens and posthumously, Officer Gamali Benjamin, whose award was received by his father.

Victorious Living’s youth wing Y2X, has grown in numbers and in its contribution to the community through its radio program Fresh, which airs every Saturday from 6:00pm-7:00pm on 92.5 FM or www.yr925fm.com. Y2X has helped to produce many successful and exemplary young people over the past 13 years and have hosted Fresh for the same number of years.

Victorious Living thanks all contributors for making the year a success and expresses special thanks and a victorious New Year to its partners and volunteers and the general public. VLF’s office is closed for the holidays and resumes operations on January 3, 2017.

VLF looks forward to 2017 and anticipates making an even greater difference in the St. Maarten and international community through its innovative approaches to personal and organizational development.

One can visit Victorious Living at The Royal Palm Plaza #92 Front Street, Philipsburg or website: www.victoriouslivingsxm.org; e-mail: kamgumbsvlf@gmail.com or call +1 (721) 524-8731 to volunteer or learn more about their services.

Source: 721 News VLF thanks partners, public for support in 2016