Home 721news What is Credit Union? 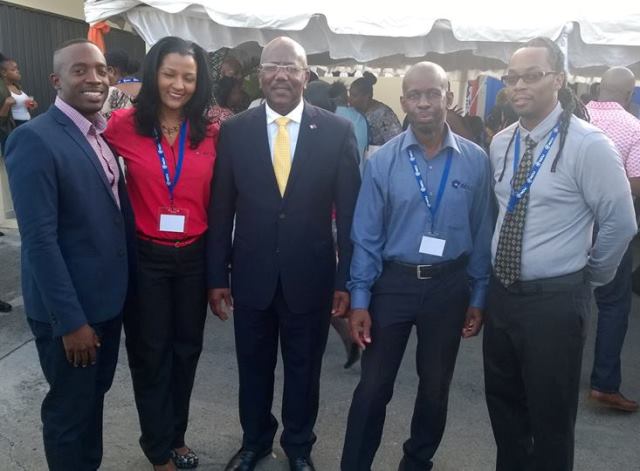 The ACU Credit Union had its official ceremony for the opening of a small branch on Bush Road on Saturday, January 28, 2017.

One of the key statements in the various speeches given was that a branch for St. Maarten was in the making for some time and was thus long overdue. But as the saying goes: nothing happens before its time. I was asked to prepare a speech as standby in the event some of the delegates did not show. They did show so I never got to speak. This article contains an excerpt from the speech I had prepared.

What is a credit union? Some might often times classify a credit union as a bank. Unfortunately, that answer deserves a one (1) for effort. A credit union is a co-operative. And co-operatives have far different objectives than for profit organizations. In the ACU brochure I received some time aback during an introductory ACU meeting at the library, it describes emphatically what a co-operative is.

The definition the brochure gives is: a co-operative is an autonomous association of persons united voluntarily to meet there common economic, social, and cultural needs and aspirations through a jointly-owned and democratically-controlled enterprise. The brochure continues with the values of a co-operative: Co-operatives are based on the value of self-help, self-responsibility, democracy, equality, equity and solidarity.

In the tradition of their founders, co-operative members believe in the ethical values of honesty, openness, social responsibility and caring for others. The brochure goes on to mention a number of other things such as the seven co-operative principles, main types of co-operative societies, etc.

At a time where the world is in a major rut due to non-cooperatives practices, more and more persons are realizing that together we are better. This makes me recall the sermon from T.D. Jakes entitled “Destiny Flocks Together.” T.D. Jakes mentions that if you take a solo flight into destiny you will eventually lose momentum. Not because you are not great, not because you are not good, not because you are not anointed, but because destiny flocks together. It is who you are with. It is a team effort. It is who you are flocking with. And in the process of flocking there is a momentum and a thrust that you get when you flock with the right people that you would not get in isolation.

Mr. Jakes also draws reference in his sermon to certain species of birds for example geese who are partners for life. When geese get ready to fly to new locations, they don’t do it alone. They fly in a flock. They fly in a formation. Now, when they fly in formation, in structure, in order, without competing with each other they complement each other. And there are a couple of things that happen when they do that. The one that is upfront has the biggest job because he breaks the wind first. So that the next one the wind is broken by the flapping of the other ones wings and it passes all the way down the line until they are lifted by the flapping of the wings of the bird in front of them. I am lifted by the flapping of the birds in front of me. If my parents had not flapped it would not be that I could not fly, but I could not fly as fast and as fierce but I am flapping because I am catching their wind beneath my wings.

So I am lifted by who was in front of me. And I am lifted by who is beside me and I am lifted by my ability to be great in the midst of other greatness makes me greater, gives me lift. The stats say that the birds fly in formation reduces their energy level 70%. It takes 70% less energy to fly if you stop doing it by yourself. Just by getting with somebody else who is going your way you can fly higher and fly further if you can allow other people to be great around you and not lose your rhythm. A co-operative embodies what T.D. Jake refers to in his sermon.

In an article written by Jessica Gordon Nembhard in 2014 entitled: “The Benefits and Impacts of Cooperatives” (see http://www.geo.coop/story/benefits-and-impacts-cooperatives) I have taken an excerpt where she writes: “Cooperative businesses are community-owned private enterprises that combine consumers with owners, and buyers with sellers in a democratic governance structure. Cooperatives solve the general economic problem of under or over production, business uncertainty, and excessive costs.

Cooperatives address market failure and fill gaps that other private businesses ignore; such as: provision of rural electricity or other utilities in sparsely populated areas, provision of affordable healthy and organic foods; and access to affordable credit and banking services, to affordable housing, to quality affordable child or elder care, to markets for culturally sensitive goods and arts.

This is often because of the many people involved in starting a cooperative and the high level of community support for cooperatives (World Council of Credit Unions study in Williams 2007).

Cooperative businesses stabilize communities because they are community-based business anchors; and distribute, recycle, and multiply local expertise and capital within a community. They pool limited resources to achieve a critical mass.

They enable their owners to generate income, and jobs, and accumulate assets; provide affordable, quality goods and services; and develop human and social capital, as well as economic. In addition, co-op enterprises and their members pay taxes, and are good citizens by giving donations to their communities, paying their employees fairly, and using sustainable practices.”

For the many reasons above, my preferred business model has always been the co-operative structure. It is like the concept of partner-hand (a.k.a. Susu) but using a legal more formal structure. In the words of Darren Moses, “Divided we stand, together we fall.” If you have the ability and means to make it out there in this turmoil economic environment on your own, good for you. If not, “Destiny Flocks Together.”