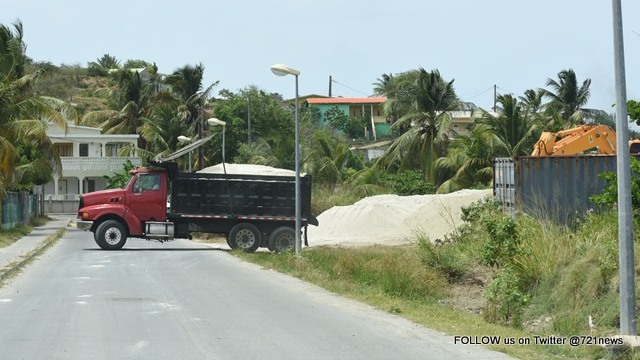 POND ISLAND – On Friday afternoon, June 3, 721news roaming photographer noticed a number of trucks with sand, which is being used to help combat the fire on the garbage dump, being trucked to the French side.

The 721news roaming photographer, working on a tip, followed the sand trail and caught up with two trucks that were seen on the soccer field on Pond Island with the beach sand, which was, in the past, used to be brought in from the harbour.

The truck was moving the sand to a location on the French side. It is not clear what the reason is for the sand to be relocated. When the 721news photographer came to confirm the location on Pond Island, one of the truck drivers approached the photographer, and issued a warning.

Notable is that some people forgets about the French surveillance cameras at the border and on the main roads.

“We are asking why that should be, if you are just following instructions from who? We don’t know,” stated the 721news representative. 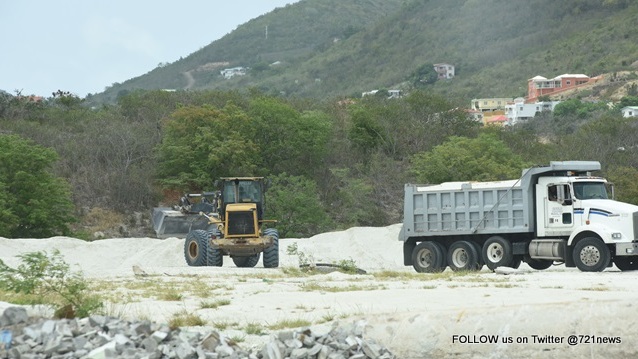 721news room contacted the head of VROMI Claudius Buncamper, who was traveling out of the island, and asked about this relocation of sand to the French side. Buncamper informed that he was unaware of this, and had only issued instructions that the sand be relocated on the dump.

This is to help cover the garbage to prevent fire from starting. He further stated that he did not instruct anyone to relocate any sand to the French side.

Efforts to reach out to Minister in charge of VROMI Angel Meyers were unsuccessful. Calls and WhatsApp messages went unanswered.

The question remains, why was the sand that is meant to fight fires on the dump being relocated to the French side? This will cost Government double the price to haul the sand back to the dump in case a spontaneous fire starts again.

Why was 721news staff being warned away, if everyone was just following orders? Another unanswered question is who gave the order to relocate the sand to the French side? 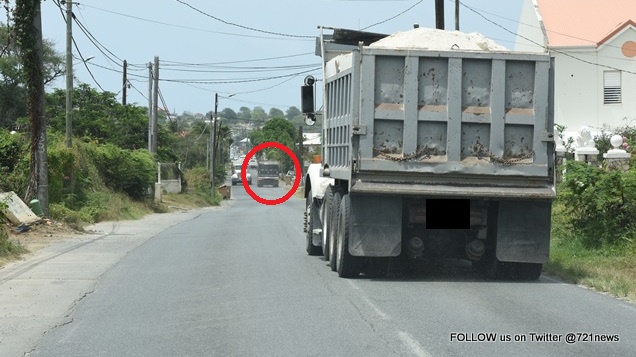 721news Editor’s Note:
If anything suspicious occurs in the normal day to day operations, 721news (a media house in St. Maarten) has the right to document, and ask Government representatives, who are responsible for these operations, why such moves like these are being made.

At the end of the day, it is those in Government who are responsible for the day to day operations whose jobs are at stake, not a private worker, who is following orders from an unknown person.

We are talking about the people/public/taxpayers’ sand, not about the private sector.

There are laws that bind the Government workers (civil servants), and the Minister in charge of the Ministry to uphold these laws.

The reason is they have sworn to obey these laws.