Home CREATE YOUR OWN NEWS! RAWR XD will participate at MPC’s Extreme Survival

A laughing roaring tiger used as logo by these MPC students, who want to participate at Milton Peter’s College’s 15th Extreme Survival.

Allison Healy from Havo 5B, Najib Baroud from Havo 5A, Sienna O ‘Connor from Havo 3A and her sister Kelly O’Connor from Vwo 3 have decided to form a group and to do their utmost best to pass the finish line on 13th April 2019, when Extreme Survival,  a successful event organized by MPC, will take place for the 15th time.

Allison and Najib already participated in the former years. Although they had not been very successful those last two times, they are not giving up. So they inspired the two younger students to join them.

They are all doing it fun. The emoj XD and a little bit of fieriness inspired them to name themselves RAWR XD.

To be qualified for the event, where only 20 teams may participate, assignments have to be done, like racing against a tourist on the Boardwalk, which caused some hilarity. “It was hard to find someone willing to race. I started by saying that I didn’t want to sell anything”, says Allison. “But at the end we found someone and the guards who already knew what was going on, were willing to help with making the video of the race”.

“We loved the kayak assignment”, adds Najib, “Although I got stuck in the mud when gathering garbage near the mangroves in the lagoon. “ “It was very positive to combine a guided kayak trip with a cleaning activity. It is astonishing to see what people leave behind”, said Sienna. And Kelly agreed: “We had fun and were feeling good about doing something for St. Maarten. “

There are still a few assignments to do, like the hikes and the” roaring tigers” also need to find a chicken willing to pose with them, but all RAWR XD members are convinced they are going to be part of the event Extreme Survival, and to have a lot of fun together. They are already in the fun mood and roaring for more.

April 2, 2020
0
Prime Minister Jacobs is absolutely right. The island can conquer but all persons need to prevent contagion together.  It is truth that anyone getting...

February 23, 2020
0
Seth. From the Dingy Dock bar has put up signs in the marina, stating that you can not tie up your dingy unless you are going to his bar. People from Lal’s use that dock as well as other...
Read more
CREATE YOUR OWN NEWS!

February 23, 2020
0
Seth. From the Dingy Dock bar has put up signs in the marina, stating that you can not tie up your dingy unless you... 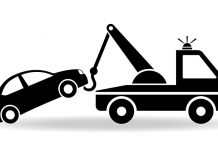 December 2, 2019
0
My brother and his friend died on the carribbean island of Anguilla, December 30th, 2018.  We have enlisted the help of international private investigator,...

Why Is Gov’t Taking So Long to Approve Repair Permits from...

Investment in the Island on Dutch side may be improving after...