Home CREATE YOUR OWN NEWS! Recommendations how to deal with Chinese Investors in the Caribbean we can...

MONTREAL, Canada, Wednesday March 18, 2015 – Caribbean leaders and politicians, as they tend to do, ignore the long-term effects of unregulated Chinese investment projects. Their concerns hardly extend beyond their political terms and the short-term economic gain. Chinese investment throughout the region is dominated by state owned enterprises owned by the Chinese government. Caribbean resources are increasingly owned by the Chinese state, and not, as they have historically been, simply by private investors. For this reason, among others, our leaders’ irresponsibility is detrimental to the long-term sustainability and independence of the region. Chinese state-owned enterprises own over $690 billion in investments abroad. Our region is but a small fraction of that staggering number.

Caribbean citizens, however, are increasingly curious of the real intention behind the sudden and suspicious surge of investment by state-owned Chinese enterprises in their countries. A quiet, but necessary, rhetoric is slowly stirring among policymakers and Caribbean peoples that question the vulnerability of our economies to economic and political control by our relatively new and dominant foreign investors. Our politicians irresponsibly support and accept these investments with little to no care for their social and political effect on the citizens. The real threat posed by foreign investment is both in our politicians’ irresponsibility to use investment from China accountability but also the international legal mechanisms that may exacerbate their citizen’s vulnerability.

Despite these concerns, Caribbean leaders accept projects and investments with little to no oversight or accountability to screen the environmental, industrial, social, cultural or political impact of such investments. Without such a procedure, industries throughout the region are, in many cases, suddenly almost entirely financially owned by foreign Chinese investors. In Canada, a screening procedure exists, whereby investments over a certain amount must be reviewed by the appropriate industry minister and must undergo a test to determine how beneficial they are to Canada. Caribbean governments should consider such a useful tool. Without such a process our countries are exposed to significant foreign ownership of domestic economic industries. 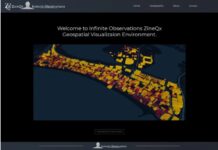