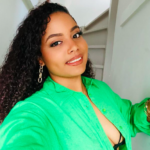 PHILIPSBURG: Estika Halley, 25 years old, is fighting for her life after being stabbed several times in the morning of July 31 by a man who then tried to cut her throat. Miraculously, she survived.

Hospitalized in the intensive care unit of the St. Maarten Medical Center (SMMC), the young woman, mother of a little girl, is in critical condition but considered stable by doctors. Known for being elected Senior Carnival Queen in 2016 at the Festival Village, Estika Halley experienced horror last Sunday. The tragedy took place in the parking lot of the Emerald Funeral Home and Crematory in Cay Hill, located opposite SMMC.

The attack was recorded on the surveillance cameras of the funeral home. Police do not yet know the circumstances that led the perpetrator to commit such a brutal act or the relationship between him and the victim. Identified on social media, suspect Marlon Michael Brooks fled the scene in Estika Halley’s car after stabbing her multiple times all over her body, slitting her throat, and dropping her off near SMMC at dawn. The vehicle was found in French Quarter on Sunday afternoon. A large amount of blood was found in the car.

The suspect was seen entering the Philipsburg police station on the day of the tragedy, Sunday around noon. At 2:19 pm, the Sint Maarten police announced the arrest of the suspect involved in the attempted stabbing officially identified as Marlon Michael Brooks.

Estika Halley, a beautician by training and owner of her own business, had recently moved back to Sint Maarten with her daughter after living and working in the Netherlands. The police said in a press release that the victim had undergone surgery and is now in serious but stable condition. In the same statement, the Sint Maarten police said that the investigation is ongoing and that more information will be released at a later date. Marks of support for Estika Halley are multiplying on social media, where everyone is praying for her survival and recovery. 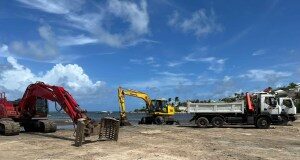 August 8, 2022
0
PHILIPSBURG: Under the Sint Maarten Trust Fund’s Emergency Recovery Project (ERP-1), repairs to private homes are making steady progress, as evidenced by the turning over of yet another home to a Sint Maarten resident.  In attendance at the handover...
Read more
Faxinfo

August 8, 2022
0
PHILIPSBURG: Leader of the United People’s (UP) Party and Member of Parliament Rolando Brison says, “Within less than a year, Minister of TEATT Roger...

Operations back to normal after fire alarm | FAXINFO