Oranjestad – Aruba’s Hotel and Tourism Association (AHATA) is totally opposed to the Government’s proposal to change the way hotels are licensed as it puts too much power in the hands of the Government.

AHATA today voiced its total opposition to draft legislation to change the way hotels are licensed which has been sent to Parliament by the Government of Aruba. The legislation also proposes to regulate the amount of all-inclusive packages which can be sold by hotels.

The CEO of AHATA, James Hepple, speaking on behalf of the 90 members of AHATA, stated that the legislation proposes to completely destroy the formula which has made Aruba’s tourism industry so successful.

“Aruba’s success has been built upon the ability of our hotels to quickly respond to ever changing market conditions. Given that more and more of our visitors are asking for some form of all-inclusive package and given that worldwide more and more hotel chains are responding to this demand by adding high-end, upscale, five star all–inclusive properties, the last thing we need is for Aruba to be left behind, especially with Cuba opening up” said Hepple.

It is well known that the ATA has been charged by the Minister of Tourism to diversify Aruba’s source markets, that is the ATA must attract more visitors from Canada, from Europe and from South America. “The trouble with that is” said Hepple “those markets all want all-inclusive product. You can’t have it both ways.”

Hepple continued, “The thing that disturbs us so much about this legislation is that so much power will be concentrated into the hands of the Minister of Tourism and he, and he alone, will decide how each hotel is to operate and market themselves by limiting traditional hotels to selling no more than 20% of their rooms on an all-inclusive basis. Our main concern is that as the marketplace evolves it is highly likely that many hotels will find that if they cannot offer an all-inclusive option those rooms will remain empty as potential guests choose another destination where such an option is available. As well, we know he has already told one hotel that should this legislation pass then he will require it to close many of its restaurants leading to the dismissal of a substantial number of employees”.

The owners of the hotels have expressed great concern of the impact of this proposed legislation on the long term viability of their businesses. Many have already indicated that should this legislation pass they will cut back on investment in their hotels because of the uncertainty created by the Minister’s interference in the day to day operations of their hotel.

The owners are particularly concerned that according to the proposed legislation the Minister of Tourism can take an all-inclusive hotel license away after 20 years if there is another player interested in offering all-inclusive packages, despite the fact that the existing all-inclusive hotel in question will have invested for years in their property. The uncertainty alone will cause severe unrest amongst the workers. Taking a license away comes with an enormous cost and will include lay-offs of many employees. Licenses for traditional hotels offering all inclusive packages can also be taken away if the Minister decides they have not conformed to his regulations.

The CEO of AHATA acknowledged that concerns had been expressed that the growth in all-inclusive hotels allegedly had a negative impact on local restaurants and local retailers. “Where is the evidence for this?” the CEO said. “The Minister keeps referring to a PWC report which he says supports his position but he has yet to share this report with the industry. And if the restaurant sector is doing so badly how come in the last four years the Chamber of Commerce has registered more than 250 new restaurants to be opened in Aruba?”

He said ”The problem the restaurant sector has is not the all-inclusive hotels but that there are just far too many restaurants in Aruba but no one seems to be talking about controlling that.”

The CEO continued “Aruba’s hotels are in a very difficult place at the moment. Many of them have suffered from loss of business as their guests have switched to using private homes, apartments and condominiums when they stay in Aruba. Fully one third of the visitors to Aruba last year stayed in a private home, apartment or condominium, up from 15% five years ago. This is the problem which the government needs to address. Meanwhile only 14% of our visitors in 2015 stayed in an all-inclusive in 2015, down from 16% in 2011”

Mr. Hepple concluded “We are totally confused about this. At the end of 2014 the Minister of Tourism proudly announced that he had facilitated the proposed development of a 900 room all-inclusive property in San Nicolas.  We cannot understand how what is good for San Nicolas cannot be good for the rest of Aruba”.

He said “AHATA has no quarrels with some kind of cap or limitation being placed on the amount of all inclusive packages that can be sold by new hotels, by projects or hotels in the making, by new hotel permits or by all recently issued “vestigingsvergunningen”. But AHATA will not and cannot accept limitations or modifications of operating permits already established”

“Our basic concern is simple. Tourism generates 90% of our income and our employment. We have a formula which works. Why would someone want to destroy that and replace it with government management of the critical sector of our economy?”

The CEO said that AHATA would be meeting separately with the AVP and MEP members of Parliament on Thursday May 12th to further discuss this matter. 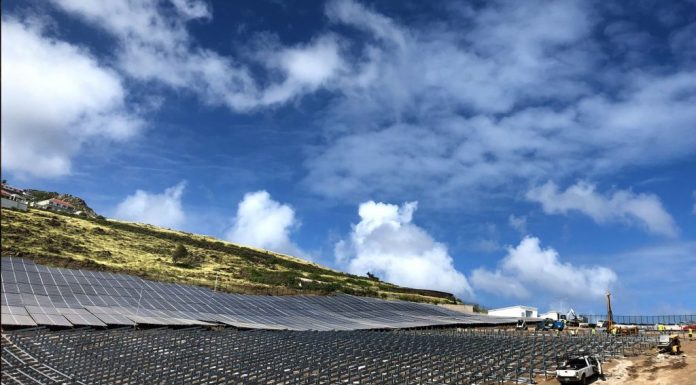 February 22, 2019
0
SABA - In a historic moment for Saba Electric Company (SEC) and Saba itself, on Wednesday the entire island was for the first time powered completely by solar energy from SEC’s 2 solar parks and its battery storage system....
Read more 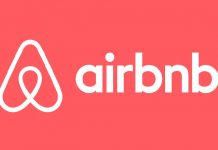 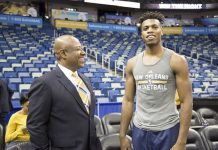 November 2, 2016
1
AMSTERDAM - Curacao born Track and Field athlete Churandy Martina has been chosen as the "Most Positive Dutch Person of 2016", a prize bestowed...

AHATA’s position on proposed change in the hotel licensing system