Home Headlines & Top Stories BUCCANEER IS THE PLACE TO BE DURING FOR THE WORLD CUP THIS... 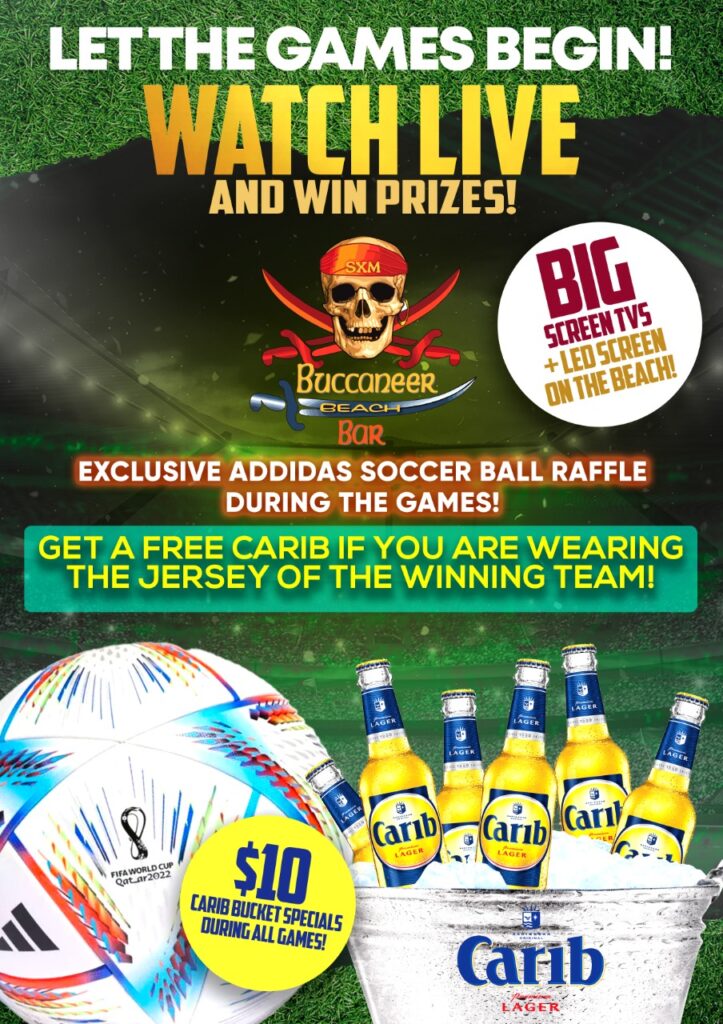 SIMPSON BAY – With the group stages drawing to a close in Qatar, the FIFA World Cup 2022 is heading towards its Round of 16 stage. Netherlands and USA go head-to-head and Argentina and Australia square off on Saturday as both nations look to earn a place in the World Cup quarter-finals.

Do you want to know where to watch the match? We’ve got the information you need.

The game starts live in HD at 11:00 AM, with a variety of snacks and beverage specials available during the game.

Saturday’s game will not only be the first World Cup game contested by the two nations but also their first-ever competitive meeting.

On one side is Argentina, the 2021 Copa American champions ranked as the third-best team in the world by FIFA and led by soccer legend Lionel Messi.

And on the other is Australia, a nation ranked 38th by FIFA that’s making its second-ever appearance in the World Cup knockout stage.

Watch both games live in HD at Buccaneer and enjoy the $10 Carib bucket specials during the game.

Look out for the Carib promo girls with branded merchandise and goodies, and do not miss out on a chance to win an exclusive FIFA World Cup Soccer Ball during both games!