Philipsburg, Sint Maarten—Franklin, middle-aged inhabitant of the Caribbean island of Saint Martin, cocked his head when I asked him about climate change. “There is already a lot of flooding because of storm surges in hurricane season,” he said, his ebony brow creased. “If the sea level rises four feet, then Philipsburg is gone.” Philipsburg is the capital of the Dutch side of the island, Sint Maarten, a major receiver of cruise ships, with its Front Street a collage of high-end shopping and outlets for island specialties like guavaberry liqueur. The UN estimates that the oceans will rise at least four feet in the next eight decades

The picturesque Caribbean, with its turquoise waters and sun-kissed white sand beaches, conjures images of happy family vacations, heady rum cocktails, and nighttime calypso rhythms for most outsiders. Its economy has become heavily dependent on tourism, with nearly 30 million arrivals annually—rivaling the number of permanent inhabitants (around 40 million) of these islands. The tourists bring in $35 billion a year. Sint Maarten receives about 1.5 million cruise-ship visitors a year, and half a million tourists who fly in to Princess Juliana International Airport. Tourism now accounts for 80 percent of Sint Maarten’s economy.

Precisely because of this dependency on a tourism centered on beaches and wildlife, the Caribbean is among the areas of the world most vulnerable to the deadly effects of climate change. This menace is caused by the burning of fossil fuels and release of greenhouse gases, such as carbon dioxide and methane. Saint Martin, divided into a French north and a Dutch south, is a poster child for this looming disaster.

Tadzio Bervoets, the energetic young head of the Sint Maarten Nature Foundation in Philipsburg with Bruno Martins good looks, told me, “Climate change is already affecting Sint Maarten’s environment.” He points to unusual dry spells and unseasonable torrents. “I have even seen times recently,” he remarked with amazement, “when part of the Great Salt Pond has dried up. I could walk on its bed.”

Data collected on Barbados over 40 years show that both daytime and nighttime temperatures have steadily increased.

Bervoets’s personal experience with the Great Salt Pond, a landmark in Philipsburg, is supported by scientific research. Data collected on the island of Barbados over 40 years show that both daytime and nighttime temperatures have steadily increased. Scientists say that as the islands heat up more moisture will evaporate from the soil and from ponds, and fresh-water aquifers may not be so easily replenished. Clay soils will dry out and crack, which will cause them to lose even more moisture.

Environmentalist Victor Peterson concurred about the issues. A former politician and now building engineer for the Westin Dawn Beach Resort and Spa, he complains, “Simpson Bay has been filled in to some extent by developers. The lagoon has shrunk and marine life has been damaged.”

The concerned citizen, Franklin, took me along the main artery connecting downtown Philipsburg with the resort area of Simpson Bay, stopping to show me the artificial stone culverts installed by the local government to drain off flood waters, which sometimes make the road impassable. He was clearly skeptical that Sint Maarten’s government would be able to deal with the substantially increased storm surges that will be caused by sea-level rise and stronger hurricanes. (Hurricanes are produced by warm water, and the warmer the water, the greater their intensity). In 1995, the island was wrecked by Hurricane Luis, and it took years to rebuild.

Storm surges also threaten public health, inasmuch as they can release polluted water. The Great Salt Pond, Sint Maarten’s largest inland lagoon, now suffers from an inflow of sewage and leakage from a trash landfill on Pond Island in its center. This pollution, including heavy metals, menaces the birds that stop over and breed there, such as the laughing gull, and threatened local species, including the white-cheeked pintail, Caribbean coot, and ruddy duck. “There have been massive marine-life die-offs in recent years,” Bervoets said, possibly from a lack of oxygen in the pond. Because of landfill leakage, when the pond is occasionally drained into the ocean, “toxins go into the sea and beaches have to be closed,” he explained.

Bervoets argues that in Sint Maarten “we must mitigate climate impacts. We have to protect coral reefs and mangroves, which offer protection from storm surges.” His organization is monitoring a government-designated Marine Park a mile and a half offshore, especially its coral reefs. He says, “It is important to put a dollar amount to the value of such resources.” The Nature Foundation estimates that the resources in the Marine Park are worth at least $50 million. Peterson over at the Westin agrees about the issues, blaming development in part and warmer seas in part. “Conch beds and other marine habitats have already been damaged compared to when I was a boy,” he said. “Mangroves have been removed.”

Coral reefs attract and protect fish, helping fishermen, and are a favorite tourist feature for snorkelers and divers. A Nature Foundation report noted of Sint Maarten’s reefs, “They are also a very important ecosystem for the local and global biodiversity.” Bervoets said, “We have seen coral bleaching because of heat stress.”

Corals are symbiotic, cohabiting with a kind of algae that live in the coral’s tissue, and are capable of photosynthesis, turning light into energy. These single-celled algae also promote calcium formation, extending the coral reef. Unfortunately, they do not deal well with extra-warm water. And the industrialized world’s addiction to burning gasoline in automobiles and coal and natural gas for electricity is heating up the earth, including its oceans. The high temperatures interfere in the algae’s ability to carry out photosynthesis, thus damaging the coral.

Another threat to Sint Maarten’s rich marine life is an increasingly acidic ocean. Bervoets says, “We have seen lobster and conch shells thinning because of acidification.” Conch fritters and lobster feature prominently in Sint Maarten’s cuisine, and tourists on travel sites can often be observed asking which restaurants prepare them most tastily. Extra carbon dioxide in the atmosphere is absorbed over time by the oceans, though much will remain up there for tens of thousands of years. When it goes into the sea, CO2 produces acidity, threatening marine life (sort of like pouring hydrochloric acid in a goldfish bowl, but on a global scale). The middle-aged Peterson agrees about the deterioration.

At the Sint Maarten Westin resort, Peterson is responsible for overseeing one of the island’s (and the Caribbean’s) major green-energy projects so far, the 2,600 Lightway solar panels on its roof. He said that the owner, Columbia Sussex Corporation, had them installed in 2013-14 for some $5 million, having become convinced they would pay for themselves in as little as four years. The panels, from China, have a capacity of nearly 800 kilowatts and produce 1.2 million kilowatt hours a year (enough to power 100 homes). Most Caribbean islands, Saint Martin included, depend on expensive imported petroleum for electricity generation. Of course, burning fossil fuels contributes to climate change, so the Caribbean is unwise to feed this beast.

Unlike Aruba, St. Eustatius, and some other islands, Sint Maarten has made few strides toward implementing green energy outside the one resort. Peterson blamed the lack of general progress on solar energy on the government-owned Sint Maarten electrical utility, GEBE, saying it was his impression they feared a loss of revenue. Bervoets observed that Sint Maarten has plans to get two megawatts from solar panels. “Land is at a premium, so we will concentrate on rooftop installations,” he said. He was referring to GEBE’s letter of intent on the installation of 2 megawatts of solar, which it could triple over time to 6 megawatts. The Sint Maarten side of the island has an installed capacity of about 100 megawatts, so at this pace it will be a while before the island’s energy is green.

The new administrative offices of the government of Sint Maarten, since 2010 a distinct country within the Kingdom of the Netherlands, sit on Pond Island in Philipsburg in the middle of the Great Salt Pond. Across the street, at the Festival Village concert venue, youth staged a pulse-pounding “Buss da Chains” concert on the eve of July 1, Sint Maarten’s Emancipation Day. But Bervoets complained that since it became constituent country of the Kingdom, there have been frequent changes of government on the island, which have interfered with consistent environmental policy. “We therefore need voter education,” he said, on the challenges this generation faces.

June 5, 2020
0
Claire Elshot-Aventurin and Raymond Jessurun. PHILIPSBURG--The St. Maarten Consumers Coalition says with the start of this year’s hurricane season, the repair and reconstruction programmes are long overdue for completion. “The home repair after Irma, according to the National Recovery Program...
Read more

Minister, police urge buyers to be wary of stolen vehicles | THE DAILY HERALD

June 5, 2020
0
~ Offer tips on what to do before purchasing ~ PHILIPSBURG--Justice Minister Anna Richardson and the St. Maarten police are urging persons who are in...

June 5, 2020
0
~ Offer tips on what to do before purchasing ~ PHILIPSBURG--Justice Minister Anna Richardson and the St. Maarten police are urging persons who are in...

Doran says GEBE should have given clarity on bills before announcing disconnections | THE...

June 5, 2020
0
Consumers waiting under tents outside GEBE on the Walter Nisbeth Road (Pondfill Road) on Thursday to pay their bills (John Halley photo).    PHILIPSBURG--Minister of... 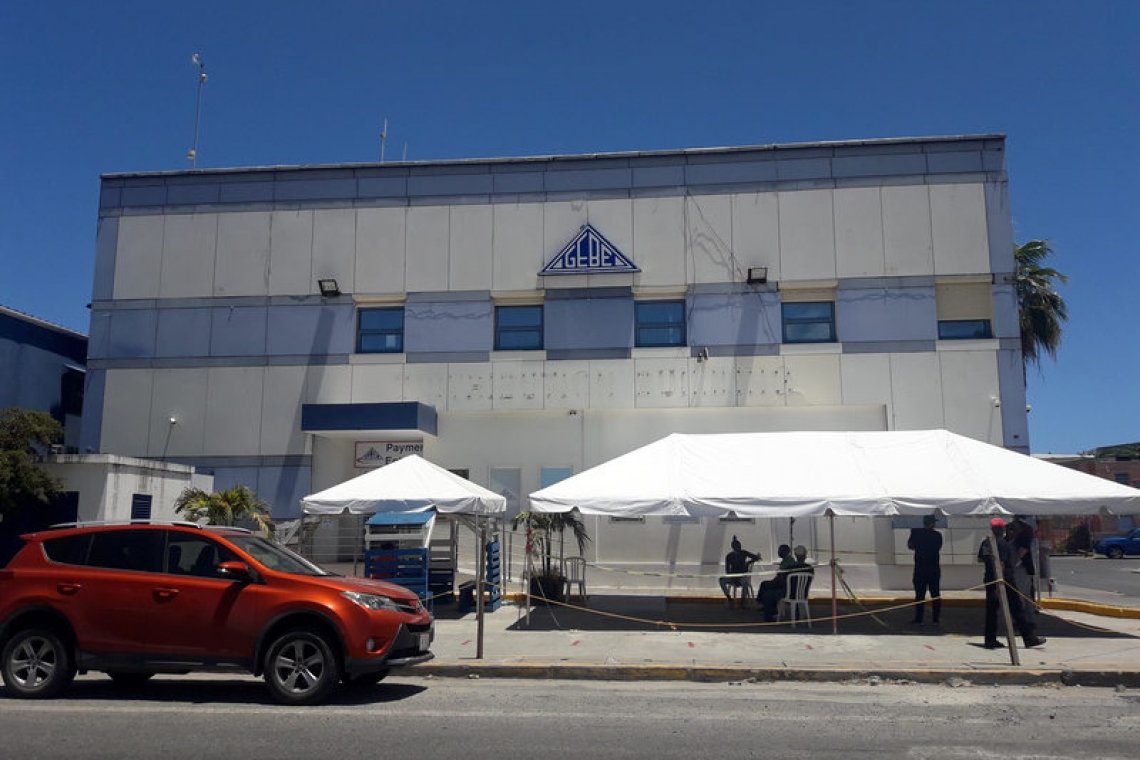 June 5, 2020
0
Consumers waiting under tents outside GEBE on the Walter Nisbeth Road (Pondfill Road) on Thursday to pay their bills (John Halley photo).    PHILIPSBURG--Minister of... 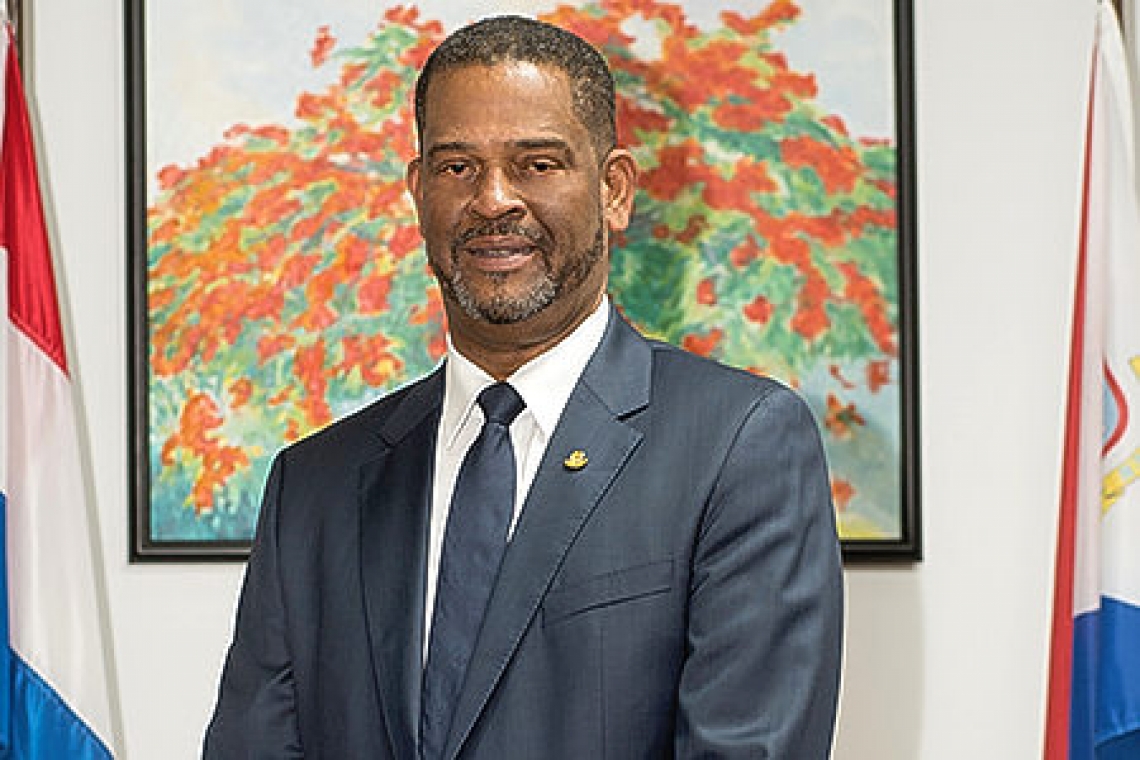