PHILIPSBURG:— The Central Committee will meet on March 8th.

The Central Committee meeting is set for Tuesday at 10.00am in the General Assembly Chamber of the House at Wilhelmina Straat #1 in Philipsburg.

The agenda point is a discussion with Julio Romney on the draft National Election Ordinance amending legislation to correspond with the Constitutional requirement of the proportional representation in Article 47 section 1 of the Constitution.

This committee meeting was adjourned on January 28, 2016 and is being reconvened.
Members of the public are invited to the House of Parliament to attend parliamentary deliberations. 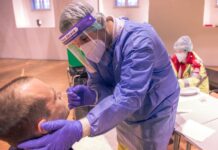