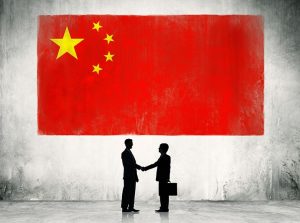 MONTREAL, Canada, Wednesday March 18, 2015 – Caribbean leaders and politicians, as they tend to do, ignore the long-term effects of unregulated Chinese investment projects. Their concerns hardly extend beyond their political terms and the short-term economic gain. Chinese investment throughout the region is dominated by state owned enterprises owned by the Chinese government. Caribbean resources are increasingly owned by the Chinese state, and not, as they have historically been, simply by private investors. For this reason, among others, our leaders’ irresponsibility is detrimental to the long-term sustainability and independence of the region. Chinese state-owned enterprises own over $690 billion in investments abroad. Our region is but a small fraction of that staggering number.

Caribbean citizens, however, are increasingly curious of the real intention behind the sudden and suspicious surge of investment by state-owned Chinese enterprises in their countries. A quiet, but necessary, rhetoric is slowly stirring among policymakers and Caribbean peoples that question the vulnerability of our economies to economic and political control by our relatively new and dominant foreign investors. Our politicians irresponsibly support and accept these investments with little to no care for their social and political effect on the citizens. The real threat posed by foreign investment is both in our politicians’ irresponsibility to use investment from China accountability but also the international legal mechanisms that may exacerbate their citizen’s vulnerability.

Despite these concerns, Caribbean leaders accept projects and investments with little to no oversight or accountability to screen the environmental, industrial, social, cultural or political impact of such investments. Without such a procedure, industries throughout the region are, in many cases, suddenly almost entirely financially owned by foreign Chinese investors. In Canada, a screening procedure exists, whereby investments over a certain amount must be reviewed by the appropriate industry minister and must undergo a test to determine how beneficial they are to Canada. Caribbean governments should consider such a useful tool. Without such a process our countries are exposed to significant foreign ownership of domestic economic industries. Even more worrisome are the international legal mechanisms that protect such foreign ownership and that can facilitate a type of control that limits domestic and regional sovereignty.

This legal mechanism is popularly referred to as Investor State Dispute Settlement (ISDS), an integral clause of Bilateral Investment Treaties (BITs). These treaties are negotiated between countries that seek increased reciprocal investment. ISDS allows a corporation to sue a country’s government directly in an international tribunal, that is removed from that country’s own domestic courts, for public policies that may affect the investor’s economic interests. That tribunal’s decision is final, without appeal and can be enforced in domestic courts around the world. In many respects, this mechanism can guarantee rights to investors and encourage positive investment. However, if leaders irresponsibly accept those investments, then a country may be subject to a procedure that places their economy at a disadvantage.

For example, imagine that countries A and B negotiate a BIT and that an investor from country A invests in a hotel project in country B. Further imagine that a labor union in the hotel industry in country B initiates a strike and that country B legislates changes to the industry. This change accommodates the demands of the labor union but in some way causes harm to country A’s investor’s profits in the hotel project. The investor now has grounds to sue country B in an international tribunal court whose judgment can be confidential, expensive to country B and result in a judgment against the state that will be borne by country B’s taxpayers.

ISDS is dangerous to developing countries with irresponsible leaders. There are 5 BITs signed between China and major Caribbean countries: Bahamas, Barbados, Guyana, Jamaica and Trinidad and Tobago. This is no coincidence.

In The Bahamas alone, state-owned Chinese enterprises finance a multi-billion dollar hotel, own a major hotel, are in talks to purchase the country’s national airline, proposed to reconstruct its downtown core and proposed to finance the Bahamas Electricity Corporation, the state’s only electricity company. In other words, Chinese investment in The Bahamas targets the country’s tourism industry, which accounts for over 60% of its GDP and for even more jobs. Bahamian leaders continue to irresponsibly accept Chinese investment projects with no proper screening procedure and no real evaluation of the societal effects of an industry’s foreign ownership and on their citizens’ jobs. On these bare facts, this is particularly worrisome not just for Bahamian policymakers but also for employees in the hotel industry. The Bahamas is particularly vulnerable to Chinese investment due to ISDS provisions in its negotiated BIT with China. When The Bahamas’ BIT with China, signed in 2010, enters into force Chinese investors will be able to directly sue the country for any changes in the tourism industry that affect their investments. In Namibia, for example, Chinese investors signed a BIT with the government before their investments into the country began. Chinese investment throughout the world targets developing countries and many of those countries’ leaders are blindly accepting investments with little to no regard for their long-term effects.

Imagine this hypothetical, and possible, example: The Bahamas legislates a change to its tourism industry that affects profits in Chinese-sponsored projects. The Chinese enterprise initiates a claim against the Bahamian government for this change in an international arbitral tribunal that awards the enterprise damages for 50$ million. Not only will The Bahamas repay a 50$ million bill that will be footed by its taxpayers and pay for costly litigation, it will have little to no choice but to revise its legislation to appease the Chinese investors in an effort to retain its credibility as an investment destination. The Bahamas is here sued for the exercise of its sovereignty and must accordingly limit it.

It cannot legislate freely and Bahamian citizens will see their taxes redirected to pay both the litigation and damages, if enforced. The Caribbean Court of Justice (CCJ) is one of the only institutions in the region well acquainted with this issue. It has consistently acted prudently in addressing it.

This situation is not uncommon throughout the Caribbean region with countries facing a similar fate. A similar pattern is already occurring through developing regions. The only solution to this terrifying threat is for Caribbean leaders, both domestically and regionally, to implement necessary and measured regulations to screen investments and assure that they, and their citizens, do not become victims to political and economic control by the Chinese state.

These hypothetical situations are yet to occur but are far from impossible. Criticisms of ISDS throughout North America, Latin America, Europe and Asia are increasing because of the reality of its threat and its continued likelihood. Our leaders should turn an eye beyond their political terms to address this issue now. We face a long-term problem that will exacerbate only to satisfy short-term gains that boost in our economies.

We must be cautious, we must be measured and we must be prudent. Our leaders have yet to exhibit these qualities as it relates to this issue