CARACAS, Venezuela — This episode took place on my street in downtown Caracas last week. People were shouting, running past my building, trying to escape from a contingent of national guardsmen who had opened fire a block away with buckshot, rubber bullets and tear gas canisters on a peaceful demonstration outside the offices of PDVSA, the state-owned oil company.

One protester, a woman in her 60s, sought refuge from the tear gas by hiding behind a tree. We opened the door for her, but she wasn’t too happy about taking shelter; she felt that she was shirking her duty as a citizen by not facing the attackers openly. “We can’t do anything if we’re dead, Missus,” said a young man who obviously sympathized with her. “And they’re starving us to death, so nobody can stop me going out on to the streets to protest,” the woman said.

That’s what’s new in the protests taking place in Venezuela — the conviction that the 21st-century socialism begun by former President Hugo Chávez has failed and has left the country in ruins. And there are other, darker new elements involved — police brutality, mass detentions and the use of paramilitary groups armed by the government to carry out the dirty work the military doesn’t want to handle: murdering people.

The demonstrations multiplied across the country. Hundreds of thousands of people have taken to the streets, knowing they face armed repression, because they have realized that the institutions that make democracy work are in grave danger and that they must defend themselves against a despotic government. What awakened them was the declaration made early last month by the attorney general, Luisa Ortega Díaz, concerning two resolutions, 154 and 155, issued by the Supreme Court’s constitutional division that in effect voided the National Assembly. She denounced the ruling as “breaking the thread of constitutional continuity,” words that were translated into a rallying cry for the protesters: “Maduro, coup-monger! We didn’t say so — the attorney general said so!”

In over a month of protests, 29 people have been killed, and there have been over 1,200 arbitrary detentions, according to human rights organizations and the prosecutor’s office. President Nicolás Maduro’s government went from autocracy to dictatorship in just a few weeks. Today, it’s only a step away from tyranny. But the people aren’t giving up. They’re no longer afraid. At long last, liberty and democracy have become an existential struggle, a matter of life and death.

Lacking the leadership skills of Mr. Chávez or the unconditional support of his own followers, Mr. Maduro has given more and more power to the military. When he appears in public, he seems erratic and disoriented. Over 80 percent of Venezuelans reject his administration. But the Chavista ruling class is in denial over its failure, which springs from its own ineptitude.

The opposition has been firm in its demands: Open a channel for distributing food and medicine to alleviate the people’s suffering; restore the National Assembly’s constitutional roles; set a timetable for elections; and free political prisoners. For the government, agreeing on even one of these points would be like opening a tiny crack that would soon turn into an enormous hole through which its control would slip away.

The greatest fear of Chavismo has always been the revolt of its own electoral base: the impoverished segments of the population who saw in President Chávez a quasi-religious figure who would redeem them. The most radical change under Chavismo was to place “el pueblo” — his label for the poor — at the center of Venezuelan politics. In return, “el pueblo” kept Mr. Chávez the indisputable master of power from 1999 to his death in 2013.

The people of Petare — Latin America’s most heavily populated shantytown, with 1.2 million inhabitants — joined the protests on April 20, when they met violent repression and clouds of tear gas extending the length of Caracas’s main traffic artery, the Autopista del Este. Their slogan was “Listen, Maduro, we’re from Petare. Do your worst, do your best, you’ll never, ever, stop our protest.” People from other low-income quarters of the city, such as El Valle and La Vega, have also demonstrated against the government. The role of Mr. Chávez’s political base in the demonstrations is unclear, but it could mark the beginning of the end of Mr. Maduro’s government.

Is there a way out of this labyrinth? The possibility of a negotiated transition satisfactory to the opposition is negligible, even more at a time when Mr. Maduro has called for a constituent assembly to rewrite the constitution. But there is still a small window for dialogue. If that doesn’t happen, the alternative would be a military intervention to install a national unity government that would organize free and fair elections — in essence, the plebiscite that Mr. Maduro refuses to hold. Although it is dangerous to allow the military to mix in political matters, it has happened before in Venezuela; in 1958, a civic-military alliance toppled the dictatorship of Marcos Pérez Jiménez. There is also the risk of a Communist-type dictatorship modeled on Cuba’s.

It’s an enormous challenge to find a political solution, but we must try. Without one, we can hope for only a miracle.

Hugo Prieto is a Venezuelan reporter and fiction writer. This essay was translated by Sonia Berah from the Spanish. 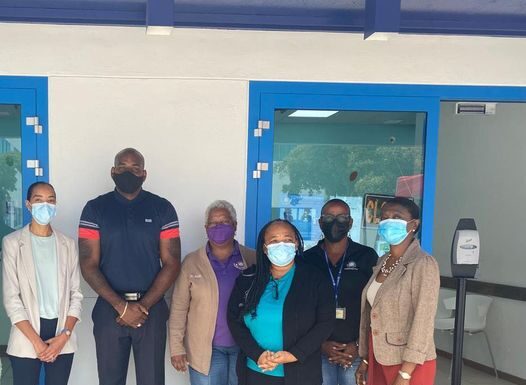 November 29, 2021
0
~ Say Yes to the Booster shot ~ The Vaccination Management Team (VMT) of St. Maarten announces the roll out of the booster shot of the Pfizer BioNTech COVID-19 vaccine. The booster campaign will commence on Wednesday December 1st, 2021...
Read more

Cabinet to decide on zoning plans to expedite processes, Doran says | THE DAILY...

Fines tripled for parking in specific areas and streets | THE...