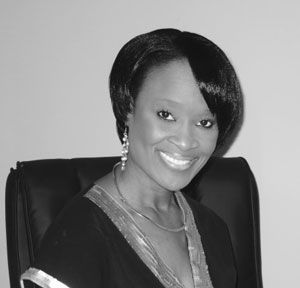 PHILIPSBURG:—  International Women’s Day will be celebrated by Women’s Desk on March 08th with an award and lecture event. Dr. Natasha Gittens Ph.d., CHE, will be the featured speaker for this event. She is the Director of the University of St. Martin’s (USM) school of Continuing Education (SCELL). Educating and bringing awareness to the masses is nothing new for Dr. Gittens. She has been an educator for over the past thirty years in various academic institutions and in several countries. Dr. Gittens though an ardent educator has expertise a number of areas such as Hospitality Management & Consulting, Professional Staff Development, Business Consulting and Coaching, Counseling & Mentoring.

In addition Dr. Gittens is also known for her role in Politics such as a Congressional Aid for United States 5th Congressional District. She has been responsible for developing, instructing and evaluating training curriculum and its contents. Her effectiveness in her various roles earned her the position as Mentoring Director of the Mary Ryan Boys and Girls Club. This program later received high recognition.

Apart from academic and professional pursuits Dr. Gittens has a real passion for connecting, educating and inspiring women of all ages and backgrounds. This has motivated and inspired her to establish Women’s Island Network (WIN) in August 2015. Her vision is to offer a social support group for powerful women in leadership roles who have the desire to mentor and empower other women of diverse backgrounds and professions.

Dr. Gittens wealth of experience and compassion for women has earned her the opportunity to be the featured speaker for this year’s International Women’s Day celebration hosted by Women’s Desk. In this capacity she will address the UN’s theme “Step it up for gender Equality” , highlight some of the events coming out of the 2015 Commission on the Status of Women’s meeting (CSW) and recommend meaningful and practical ways to realize the UN’s Sustainable Development goal for Gender Equality here on Sint Maarten.

It is the hope of Women’s Desk to utilize recommendations coming out of this presentation to build on the collaboration and networking of Women’s groups and organizations in the realization of an equal community.