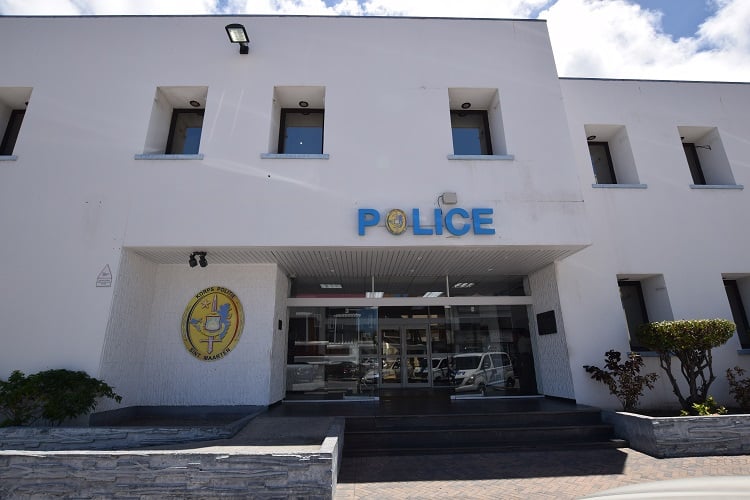 PHILIPSBURG – L.S. a young entrepreneur and mother of three, is working through the trauma from years of domestic abuse and a physical violation that took place at the Philipsburg Police Station, following her arrest for an attempted break in at her ex-partner’s home with counseling.

L.S. was tried by the Public Prosecutor on December 2, where she faces a conditional 750 Guilder fine and a 2 year probation. “I feel ashamed” L.S. stated in court while renouncing that she was attempting to break into the house. She said that her ex-partner M.H. who also has a case pending, invited her to discuss years of backpay that he owes in child support for their children on May 19, 2022. Two of her three children are his -he is unwilling to acknowledge the last child- despite a court order stating he must pay alimony.

When L.S. went to visit him as they arranged, she felt that M.H. was “playing mind games” with her as he’d done in the past by ignoring her while she was outside. She decided to create a “commotion” near the lock of the door which is a decision she regrets as her life went dark after that moment.

According to L.S., upon arriving at the house, she realized that the door was locked and stated that she saw the security camera move. She stated that M.H. is a gamer and often has on large headphones which can cause him not to hear what’s taking place because they block external sounds. Nevertheless, she opted to get his attention by knocking, putting her ear to the door and tinkering near the lock. The footage M.H. submitted to the police, which was also played in court, showcased L.S. attempting to open the lock. L.S. maintained that the footage was cropped and purposefully left out her previous attempts to get his attention as she believed he was inside. She added that his door has a deadbolt and his home is secured with a camera. L.S. also stated that she would never attempt to commit a crime, especially since her child was with her. She further mentioned that she was driven to a point of frustration and it led to her continued negative portrayal.

L.S. spent a couple minutes playing with her child in the yard, then decided to go into her car. While sitting in the car with her child, a Police car showed up and the officer addressed her. That led to her arrest which shocked her. Her son was dropped off at home, which was not too far from her ex-partner’s house. When she arrived at the station, she was wrongfully searched by an officer, who made her strip, and demanded that her underwear was pulled down, while L.S. was on her period. She felt disgusted and was dehumanized by the process. The Police Force of St. Maarten eventually gave her an update and acknowledged that what she went through was wrong. Chief Inspector Benjamin Gout stated, “I apologize” given that “only when there are severe suspicions about guilt for specific illegal acts, the (acting) Public Prosecutor or Judge of instructions can decide that a person’s body can be examined. There has been no evidence of that in this particular case, so the search should not have been done in the way you described.”

When L.S. arrived at the station, according to the letter written by Gout, she met with the acting Public Prosecutor within the hour and she was also interrogated by a Detective during the waiting period. She met with a Detective close to 8:00 pm who told her once he’s finished processing the information she would be free to leave. L.S. arrived at the station around 2:35pm and was charged at 10:00pm. A lawyer was contacted and arrived around 4:00pm however due to the shift change, she was told the Detective will question her and after that she would go home since he saw no need for them to keep her. L.S. maintained that hope. The lawyer added that he’d return at 6:00pm but he did not come back.

Throughout that time she was not afforded her right to make a phone call. Her three children, all minors, were left at home alone. Her children are ages 14, 7 and 2. An Officer granted L.S. a favor and called her best friend and sister on his personal cell phone to alert them of the situation. She stated they were eventually comforted and tended to around 11:00pm. This was also during an exam week. When L.S. was sent upstairs, she again requested to make a phone call to arrange care for her children as well as sanitary napkins. She was denied both. L.S. spent the night in a cold cell, with no toilet paper or any of the sanitary materials needed for a woman on her monthly cycle. On the morning of May 20th, L.S. woke up and heard the voice of her lawyer. She insisted on speaking with him but the guard denied her request several times. However, the denial didn’t stop her continued requests and eventually it led to a guard allowing her to speak with him. The lawyer stated he was surprised she spent the night  there because he was under the impression she was released and at home. He also stated the decision to book her had to be made around 8:00 pm, but KPSM made the decision to book her after 10:00 pm which is also against their procedure, although there is room for adjustment. While upstairs L.S. was told that there were more charges pending, however her lawyer nor her were informed of such to date.

L.S’s history with M.H is an undesirable one filled with rifts, joint complaints and led to a hugely frustrating and demoralizing experience, including a previous theft by M.H. of her items prior to this incident. However this incident as described, is dehumanizing and is one that could possibly repeat itself to and present further issues if not thoroughly addressed by KPSM and the Minister of Justice. Provisions and procedures allow for detailed searches of arrested individuals, considering suspects may possess concealed weapons or illegal items that pose a risk to officers and other personnel on premises. Nonetheless, L.S. has no history with law enforcement and continues her counseling from this experience that still has her eldest shook.

During the Council of Minister’s press briefing on December 7, the Minister of Justice Ana Richardson stated she is “very concerned about learning that there were persons who were strip searched in a manner that is not deemed correct by procedure… this does fall within the procedure code, authorities are authorized to strip search, however in everything that you do there must be proper procedure. And that was identified as being an area that was not clearly defined at the moment… however I wish not to go too far into this because it is important to note there is a court case ongoing.” The Minister also announced the launch of the Law Enforcement Complaint Committee, which is an independent body, separate from the police force, to allow the community to file official complaints regarding the conduct of Law Enforcement Officers.