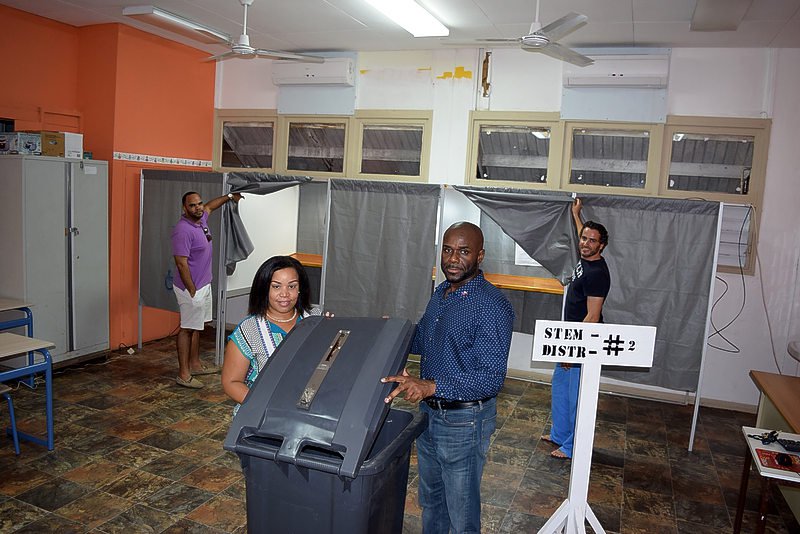 PHILIPSBURG–The fate of the country of St. Maarten, just two weeks shy of its sixth birthday, and its 59,800 plus residents from more than 115 countries lies in the hands of 22,302 people. Those voters, privileged by birth or naturalisation with the Dutch nationality, head to the polls today, Election Day, to cast their ballots for one of the 125 candidates across the slates of nine political parties.

The number of eligible voters may change this morning when the Court of First Instance hands down its decisions on several petitions filed by people with Dutch nationality who registered in the Civil Registry after the Voters Register was closed on June 11. Other decisions relate to prisoners who are registered at their home addresses, but are not able to vote at their assigned polling stations.

All 20 polling stations are open from 8:00am to 8:00pm. Overall results of the election and the names of the presumptive 15 Members of Parliament (MPs) should be available from the Central Voting Bureau after midnight depending on the swiftness of tally by polling-station personnel.

All voters are urged by Central Voting Bureau Chairman Jason Rogers and the police to head to the polls early and not wait until the last hour of polling. Voting early will aid in the smooth flow of traffic throughout the day and will positively impact the delivery of the results when polls close.

The “dry law” banning the sale of alcohol on Election Day is not in effect.

To earn the right to govern the country for the next four years without coalition partner(s), a political party will have to capture eight or more seats in Parliament. St. Maarten has been governed by coalitions since it became a country within the Dutch Kingdom on October 10, 2010. It is constant shifting of the majority in Parliament and the formation of a new coalition that has essentially sent voters back to the polls two years early.

The country will see one new MP at the very least. Second-term MP Johan “Janchi” Leonard of the United People’s (UP) party is retiring from politics. The other 14 MPs from UP (four), National Alliance (NA) (four), Democratic Party (DP) (one), United St. Maarten Party (US Party) (one) and four independents are all seeking re-election.

Eligible voters must present a voting card and a valid form of identification (driver’s licence, identification card or Dutch passport) to polling stations officials to be able to cast their ballots.

The Civil Registry Department on Pond Island and at the Public Service Centre in Simpson Bay will be open today from 8:00am to 7:00pm solely for the collection of documents voters need to cast their ballots, such as ID cards and voters cards. No cash transaction will be conducted at either location on that day.

The voter’s card indicates the polling station to which the voter is assigned and he or she must cast his/her ballot there.

At the polling station, each voter will receive a ballot showing the slates of the nine parties. Each slate is in the party’s assigned colour: OSPP – purple, UP – green, US Party – blue, SDM – grey, SMCP – brown, HOPE – magenta, PPA – orange, DP – red and NA – white.

In the voting booth, the voter should locate the slate of his/her preferred party, identify the candidate of choice and use the red pencil to fill in the white circle next to the candidate’s name. The inside of only one circle should be coloured. No other mark is allowed on the ballot.

A ballot will be rendered invalid if a voter has not coloured any white circle – a blank ballot, coloured more than one white circle, filled in the circle with any other colour other than with the red pencil, if any addition or mark (text or drawing) is made on the ballot or if the ballot contains an indication of the voter’s names or initials.

If the voter makes a mistake on the ballot it should be returned to the chairperson of the polling station to request a new ballot. A new ballot will be provided to a voter only once. The ballot should be folded so no candidate’s name is visible and should be deposited in the ballot box.

The electoral law calls for a polling station to have no more than 1,500 assigned voters.

The Council of Ministers has granted civil servants time off from work as of 3:00pm today “if service [to the public – Ed.] permits” to go cast their ballots.

The St. Maarten Bankers Association has announced that all banks will be open to the public until 12:30pm. Normal banking hours are to resume tomorrow, Tuesday.

As for time off to vote in general, based on Article 44 of the Voting Ordinance, eligible voters can cast their ballots from 8:00am to 8:00pm, a 12-hour period.

An employer, based on Article 45 of the same ordinance, is obligated to ensure employees can cast their ballots, but only insofar as the casting of the ballot is not possible outside of working hours and provided that employees will not be absent from work for more than two hours.

Therefore, an employee who works a regular eight-hour shift is, in principle, not entitled to any time off, as the employee can cast his/her ballot outside of working hours.

Of those voters in the Civil Registry who were born outside the modern-day Dutch Kingdom 9,272 were born in what used to be Dutch colonies. The remaining voters making up the 22,302 total were born elsewhere in the world.

Dutch nationality can be acquired primarily via the principle of “Jus sanguinis” – right of blood, from a Dutch parent, naturalisation and option – for people born to non-Dutch parents and raised legally in the kingdom.

Election Watch Night Association EWA will start its live telecast from Parliament Building on St. Maarten Cable TV Channel 120 at 8:00pm. The telecast will be hosted by Henry Lynch and Gina Bruney.

Two large TV screens will be placed on Cyrus Wathey Square for residents to follow the telecast.

Results will also be available via radio stations. 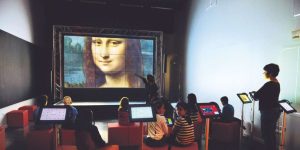 December 5, 2022
0
MARIGOT: In a desire to stimulate the local cultural fabric and to reduce the digital divide on the territory, the Micro-Folie project, supported by...

December 5, 2022
0
PHILIPSBURG: The Ministry of Public Housing, Spatial Planning, Environment, and Infrastructure (Ministry of VROMI) informs the public that due to the high level of the Salt Pond and the possibility of rain during the coming week, the Department of...
Read more
Faxinfo

December 5, 2022
0
PHILIPSBURG: The Ministry of Public Housing, Spatial Planning, Environment, and Infrastructure (Ministry of VROMI) informs the public that due to the high level of...

PM Jacobs gives update on firefighter situation: Firefighters to be relocated on Monday |...

December 5, 2022
0
PHILIPSBURG: Prime Minister and Minister of General Affairs Silveria Jacobs continues to hold open dialogue with WICSU-PSU and the firefighters about measures enacted to...
Faxinfo

December 5, 2022
0
PHILIPSBURG: Prime Minister and Minister of General Affairs Silveria Jacobs continues to hold open dialogue with WICSU-PSU and the firefighters about measures enacted to...

December 5, 2022
0
PHILIPSBURG: With the goal of improving cooperation between different organizations on St. Maarten and bringing the community much closer to the police, a small...
Faxinfo

December 5, 2022
0
PHILIPSBURG: With the goal of improving cooperation between different organizations on St. Maarten and bringing the community much closer to the police, a small...