Considering that election season has started, we can expect an increase in rhetoric. No idea which way that will go but considering what we are hearing and seeing in local media and rumblings coming out of the Dutch Second Chamber, it will most likely feature Sint Maarten, the Dutch and the World Bank. St. Maarten Hospitality and Trade Association (SHTA) does not consider it likely that this rhetoric will take the shape of inclusive, constructive dialogue. It is more likely to be rather divisive and demagogic. In that long run that will not be to anyone’s benefit, least of all the people that need assistance most.

In so far as an evaluation of the recovery procedure can be done at this time, the only conclusion can be that it is Sint Maarten that has failed in this process. It is our Parliament, the people’s representatives that have failed. We have yet to see a comprehensive plan that benefits the economy and by extension the population of Sint Maarten, after 500 million Euros were made available. Drafting that plan en ensuring that the respective ministries executed it is first and foremost parliaments prerogative.We cannot blame the lack of a plan on The Netherlands or the World Bank.

In lieu of the above mentioned SHTA considers it important to express its experience over the last two years and present a private sector perspective.

Since the first meeting only days after the passing of the hurricane Irma, the SHTA has been suggesting the following:

1) security as  the number one concern

2) getting the airport fully operational ASAP

5) funding for destination PR/Marketing to stimulate the economy.

Although all the respective organizations took note, accented and moved on to the next meeting,all of these points remain mostly ignored

Over the last two years SHTA has been in many meetings with different entities, here for the sole purpose of helping Sint Maarten rebuild. We have studied the documents covering the agreements between the World Bank, The Netherlands and the Sint Maarten government.

To say that the process has not been working optimally would be an understatement. To a large extent the brunt of this inability has been suffered by the business community and those least able to fend for themselves. The vast majority of the consultations with SHTA haven taken the form of presenting a fait accompli and looking for endorsement, no more than a check mark in the stakeholder consultation box. An extremely frustrating situation, that still has us asking why.

The Fact is that after hurricane Irma the Ducth taxpayers made 500 million Euros available. This was set up to be distributed via a single donor World Bank construct. In this agreement that was signed on to by all three parties it is clear that Sint Maarten is to define its needs and provide a plan. There is a Steering committee of three that decides on allocation by consensus, There was an IRC now a NRPB that is charged with identifying, preparing, executing, overseeing and evaluating programs and projects. Sint Maarten was in charge of putting this NRPB together.

To date there has been no support for the private sector, where we are asked to check boxes, we are never asked how programs should be developed and what is most urgently needed. Where there are training programs for un and under-employed, there is no impulse to create employment for these individuals. Where government receives liquidity support there is no such mechanism for the private sector. A push for marketing funds in order to maximize the hotel inventory we have has fallen on deaf ears. It seems like, in the whole discussion of build back better, the private sector is just a nuisance, a side note, while by far the largest employer on Sint Maarten nothing more than a check mark.

While we have had many meetings with many acronyms and consultants, there have been very few with respective ministries and not once has there been any sort of inclusive dialogue that could have pointed the way to what could be termed a plan. The needs of the private sector have been clearly outlined to anyone that pretended to listen from day 5 or 6, we always received a sympathetic ear, never more.

We expected that with Sint Maarten being in the driver’s seat, local stakeholders and industry experts would have had a meaningful role to play. Instead we find World Bank consultants, who, while having good intentions, have no experience with the intricacies of our economy. That in and of itself could have been overcome through proper guidance from the different ministries through the NRPB. An inter-ministerial work group and a result oriented framework are part and parcel of the agreement between the Sint Maarten, The Netherlands and the World Bank.

It leaves us to wonder why the private Sector doesn’t find any traction. Part of that answer can be found in the Parliaments annual report 2018/2019. It becomes painfully clear that while we have heard all kinds of accusations in the media, very little has been done when it comes to actually representing the people. We invite everyone to look at the amount of committee meetings that were held in the last year.

How is it that after the biggest crisis in our history the amount of meeting the Finance and Economics committees had can be counted on one hand. It’s easy to claim that ministers and functioning and the Dutch are meddling and moving goalposts, but what unfortunately becomes painfully clear is that no sort of guidance or policy has been set forth by those that should have had all our best interests at heart. You can’t blame others for trying to take control where you have refused to do so yourself.

It is high time that Sint Maarten takes ownership of its reconstruction. It’s high time we use the knowledge and experience currently sidelined, whether public or private sector, and move our economy forward to the benefit of everyone. We can do this with or without assistance, the latter taking longer. What we can’t do is lambast groups and entities that are trying to help, for being slow and bureaucratic or meddling, while we do nothing to improve the situation.

We ask that you keep these facts in mind when the political mudslinging starts.

July 6, 2020
0
One of Winair’s ATR aircraft. AIRPORT--Windward Islands Airways International Winair resumed its limited commercial operations on Saturday with a flight to Curaçao and Aruba. The resumption was earlier announced for Thursday, July 2, but was pushed back to Saturday.  The airline...
Read more 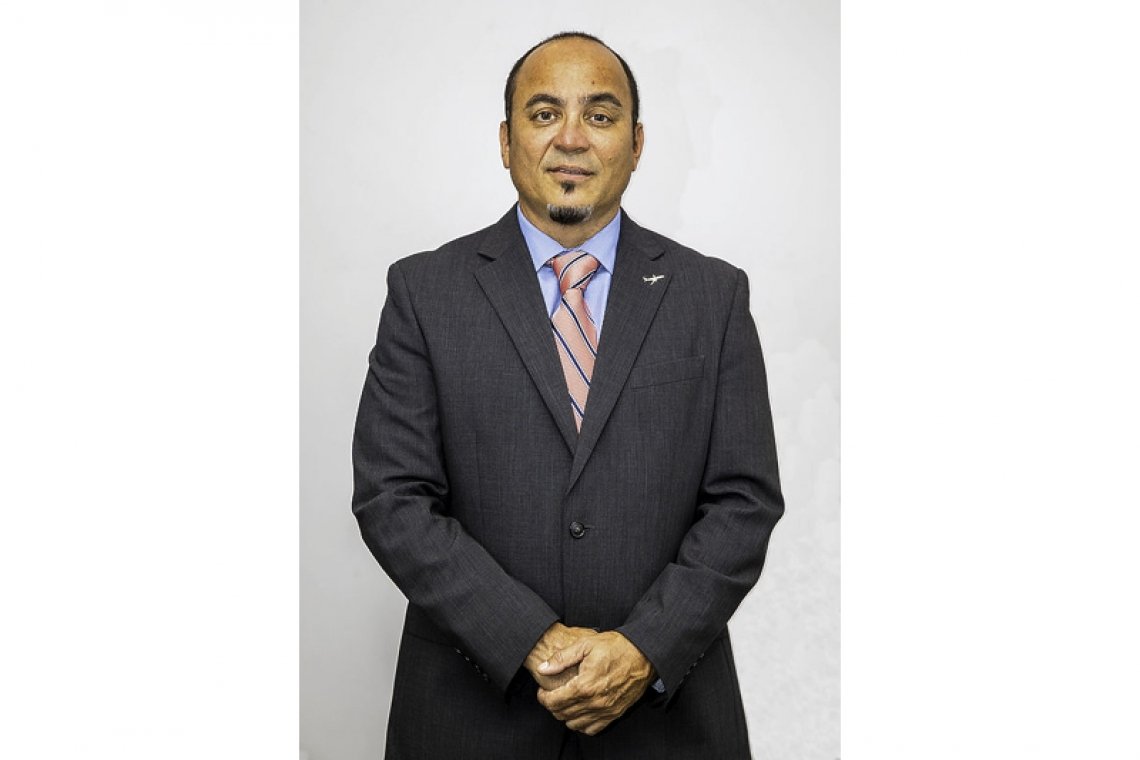 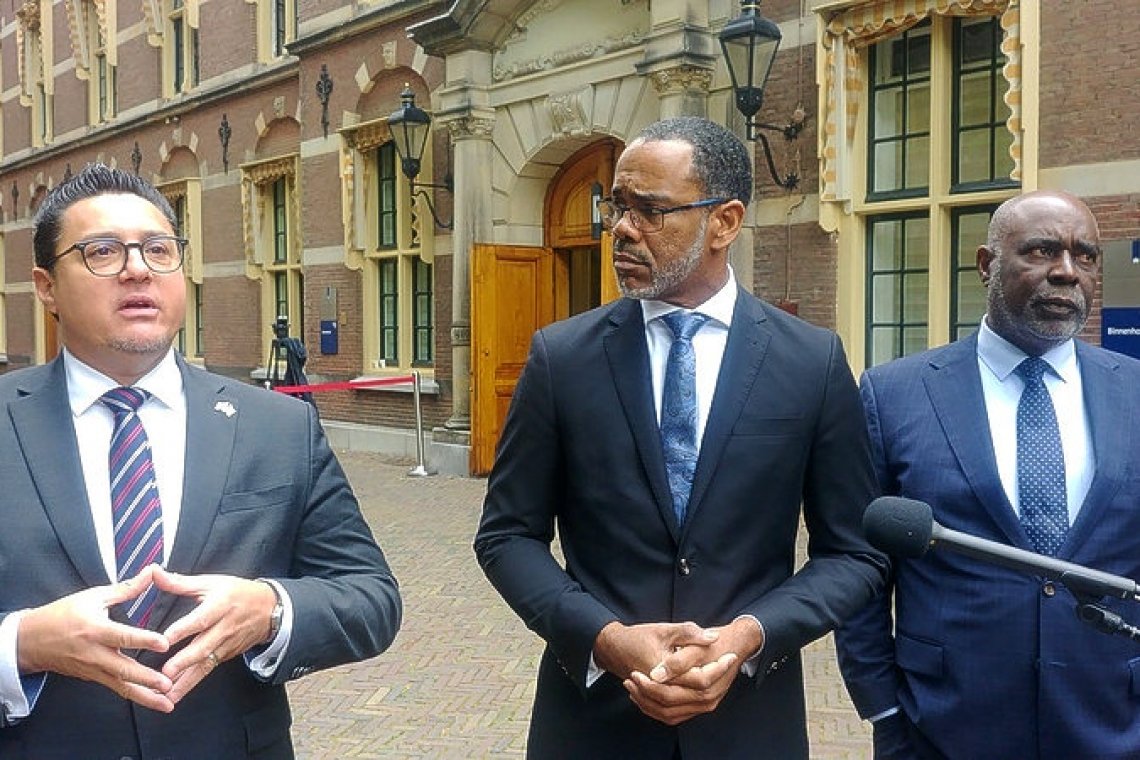