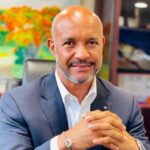 We are once again going through a social storm.

While I fully understand its causes and measure the consequences, it is also my duty to appeal to all the stakeholders, to those who support, who oppose, who manage, or who take advantage of the situation, in order for us to prevent Saint-Martin from drifting.

I wish to take this opportunity to strongly call for control and moderation when it comes to what is posted on social medias, some comments are misleading and counterproductive.

Those of us who have been closely following the case, as I have, know what the Webster family has been going through for many months.

Of course, I have been following the situation too, as well as the “Beauperthuy succession”, for years, even if it falls under private law.

I have been following the case because Saint-Martin right-holders, historical occupants of these lands, are concerned…

I have been following because the management of our land, the security of our families and the respect of our history are all subjects that touch each and every one of us deeply at the very core of our being.

These are subjects that the previous governments chose to ignore for too long.

I have been following because, during this mandate, the Collectivité decided to assume the responsibilities of the past.

Therefore, we must now give ourselves the means in French Quarter, more specifically in Spring, to handle the situation of owners who bought their land from the commune, which itself had bought it from the Beauperthuy family, under conditions that did not permit the buyers to receive a title.

The Collectivité is following this situation very closely and has taken the necessary steps, with the assistance of a lawyer, to ensure that the owners receive a title to their property.

The case of the Webster family affects all Saint-Martiners.

Mr. Webster is what is called a “good father”.

Several members of the Territorial Council and myself, have been concerned about this situation and requested for a general commission to be urgently organized to discuss the matter.

This commission took place on January 25th with the assistance of legal and urban planning experts.

And I have to say here that I was surprised to notice the absence of most of those who had requested this exceptional and important meeting.

However, our experts were able to explain the extent of the Collectivité’s legal means of action in this case, which unfortunately, are limited.

The Préfet and I have done several trips and reached out to our contacts.

We have mobilized our services to try, by all the means within our power, to find solutions in this very complex matter.

But I am very conscious of the instrumentalization attempts and aware of the consequences it would have within our community.

Of course, I hear those who feel that I should have stayed on the blockage.

I also hear those who feel that the blocking of the road is an offense and demand that it be reopened, and expect the forces to intervene.

My position is the one of an elected Saint-Martiner.

My responsibility is to gather all means so that the Webster family can come out of this nightmare and that freedom of movement is respected.

My responsibility is also to think about the future, to learn from this situation to prevent it from happening again.

On the other hand, my position also allows me to say things as they are: the suffering and harassment the Webster family has endured, Rudy and his sons, should not be the pretext for political manipulation by some, clearly inappropriate and even dangerous!

What is currently happening, the roadblocks, the display of force, the parades of political figures, the threats to public order … will not in any way solve the situation of the Webster family.

Worse, these actions are likely to put this family at risk, and beyond that, put all of us in danger.

As we’ve had many discussions, it is also my duty to question the actions of certain stakeholders in this “Beauperthuy succession” case.

Indeed, while here in Saint-Martin, people are suffering, there has been for decades a group of individuals on the outside who have taken advantage of the succession, of its complexity. I don’t even want to talk about the fees paid by the families for legal advice, for which the quality can be questionable given the situation.

My responsibility is also to note that, among the rights holders, some in Saint-Martin suffer and live in fear, not understanding the complexity of the French law and fighting every day to keep their land and live from it.

Meanwhile, other rights holders are far away, have not even ever set foot on Saint-Martin and have no other perception of this affair than the money they could make from it.

The “Beauperthuy succession” is a very old case, but speculators and predators use its legal loopholes coldly and cynically: they have no interest in a favorable outcome.

Personally, because what is happening in front is a clear human drama, I refuse to stand idle.

I will call on the Minister of Justice to ensure that special attention is paid to this file, which has dragged on for much too long. I will continue to mobilize the Collectivité’s services to ensure that everything that CAN be done IS done, in dignity, through dialogue and in accordance with the law”.

Calling on the elderly and isolated persons to please register with...

May 24, 2022
0
MARIGOT: As part of the preparation of the hurricane season, we are required to establish a register of names of elderly and isolated persons... 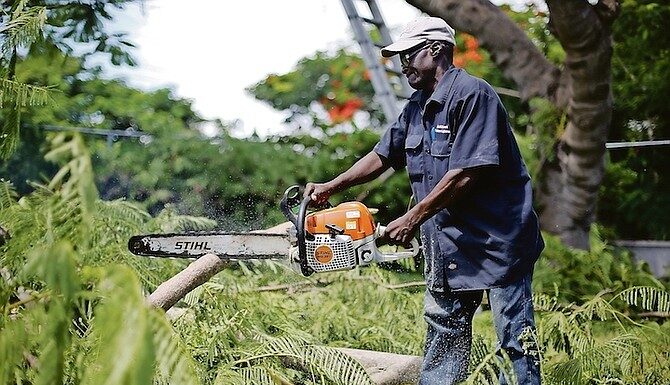 The Collectivité de Saint-Martin appeals to professionals to safeguard during the... 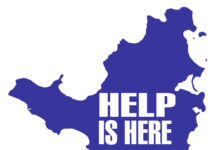 The Collectivity is looking for reservists for the hurricane season | FAXINFO

May 24, 2022
0
MARIGOT:  The Collectivité de Saint-Martin is currently preparing, in partnership with the State services and the participants in the field for the next hurricane...

The Collectivity is looking for reservists for the hurricane season |...

May 24, 2022
0
MARIGOT:  The Collectivité de Saint-Martin is currently preparing, in partnership with the State services and the participants in the field for the next hurricane... 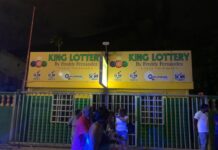 May 23, 2022
0
PHILIPSBURG: Police have made a second arrest in the ongoing investigation into the Back Street fatal shooting of Monday, May 16, 2022. The shooting...

May 23, 2022
0
PHILIPSBURG: Police have made a second arrest in the ongoing investigation into the Back Street fatal shooting of Monday, May 16, 2022. The shooting...

May 23, 2022
0
PHILIPSBURG: A driver of a silver Hyundai i10 is nursing some minor injuries as a result of crashing into the Fresh Pond in the...

Calling on the elderly and isolated persons to please register with...

The Collectivité de Saint-Martin appeals to professionals to safeguard during the...

The Collectivity is looking for reservists for the hurricane season |...

Changes to the Declaration of Conduct | FAXINFO

Reckless driver involved in a collision on Arlet Peters Road |...